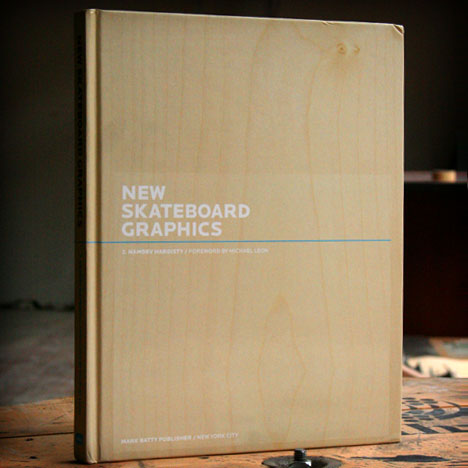 Graphics are such an integral part of skateboard culture that at first the blonde woodgrain on the cover of New Skateboard Graphics barely registers as the maple blank of a board. Nearly 300 decks are printed on the inside front and rear folds of the book on an orderly white background but the colorful little ovoids could pass for children's Band-Aids at a distance. While I'm sure that early attempts at mastering the tailslide have sent more than a few kids home with Scrappy Doo bandages, J. Namdev Hardisty's book demonstrates just how far skate culture (and design) has progressed since the green Vision Gator that left me bleeding more than once somewhere in the eighties. 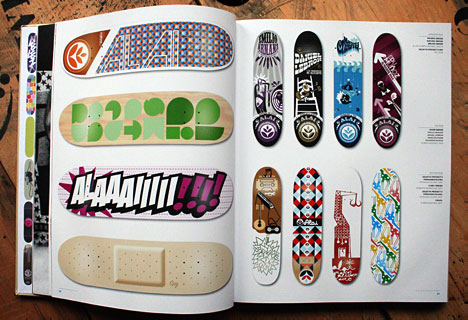 For a graphic designer or a product designer interested in applique, New Skateboard Graphics is an eyeful. In the foreword, Michael Leon explains the realities of the modern sales environment where the consumer tends to observe the boards with the bottom graphics visible at a distance on a wall or in miniature in a catalog. Hardisty follows up with a short essay on the two-way connection between the branding of the company and the aesthetics of the riders, but from there it's all about the graphics. The rest of the book is framed as a series of collections that reveal (to some extent) the ethos of each company. We see the candy colors of Enjoi, the Crumb meets Steadman squiggles of Heroin, and the etched B&W artistry of Mystery all in one place. The boards should provide an immediate emotional connection to who's ever fallen off a rail, but their visual language is bound to delight even those with two left feet. 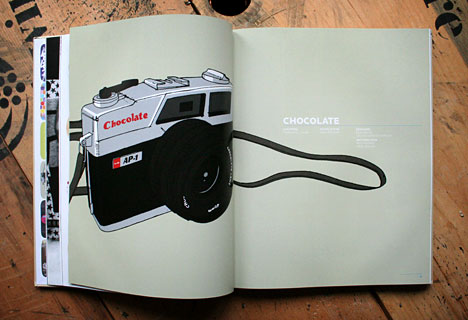 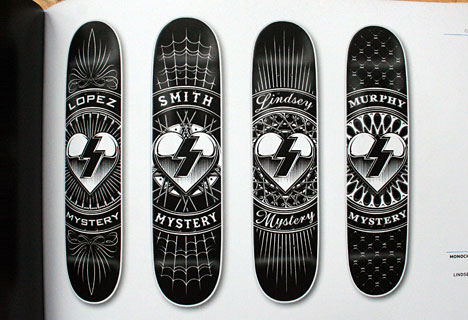 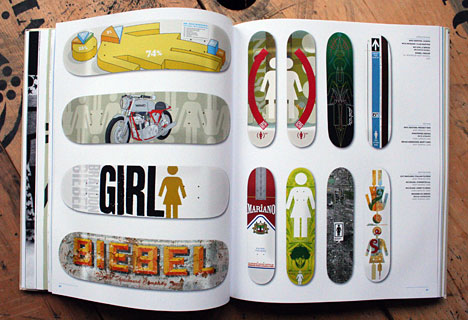 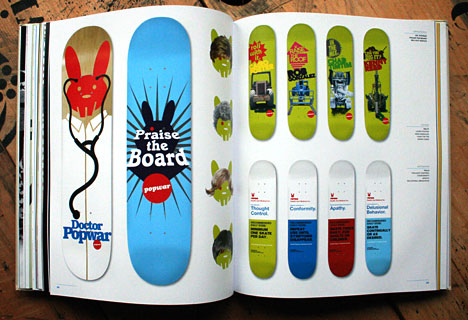 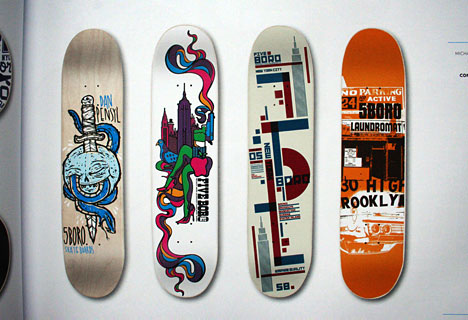 For skate history, the stitched-together merry monsters of the now-defunct Bueno and the whole Popwar collection are gathered in one place, along with interviews with designers Michael Leon andYogi Proctor. While most of America may know Bam Margera from Jackass, the pastel decks his company Element produced are far prettier than the grainy late-night pranks he pulled on his obese father on Viva La Bam. I really dug Todd Francis's Day After series, with it's "Future is Nature" tagline and its comic book image of a rusty ICBM being used as perch for birds in the savannah. For designers, the real treasure trove is relegated to the appendix at the end of the book, where the graphic artists are credited, including presidential portraitist and potential felon Shepard Fairey. Whether your taste runs toward the layered CBGB sticker look promulgated by Zoo York or the airbrushed album-cover look of Foundation, it's clear that skateboard art design now has something to offer nearly any graphic designer (especially if you don't mind a blood covered skull or two). For pure ID props, I'd still prefer the laser etched marvels of Refillseven in a heartbeat, but then again I've never seen anyone ride one and I think the authors and the skaters would agree that's where the real artistry resides. 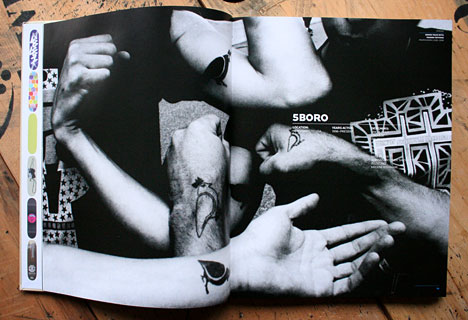 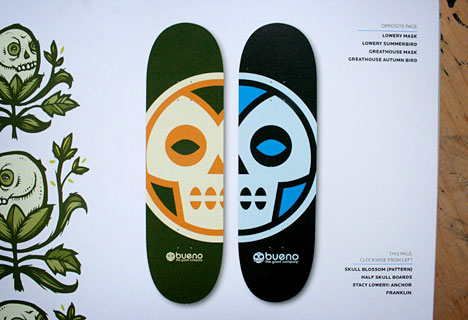