Letter from Finland: Touring the hotspots 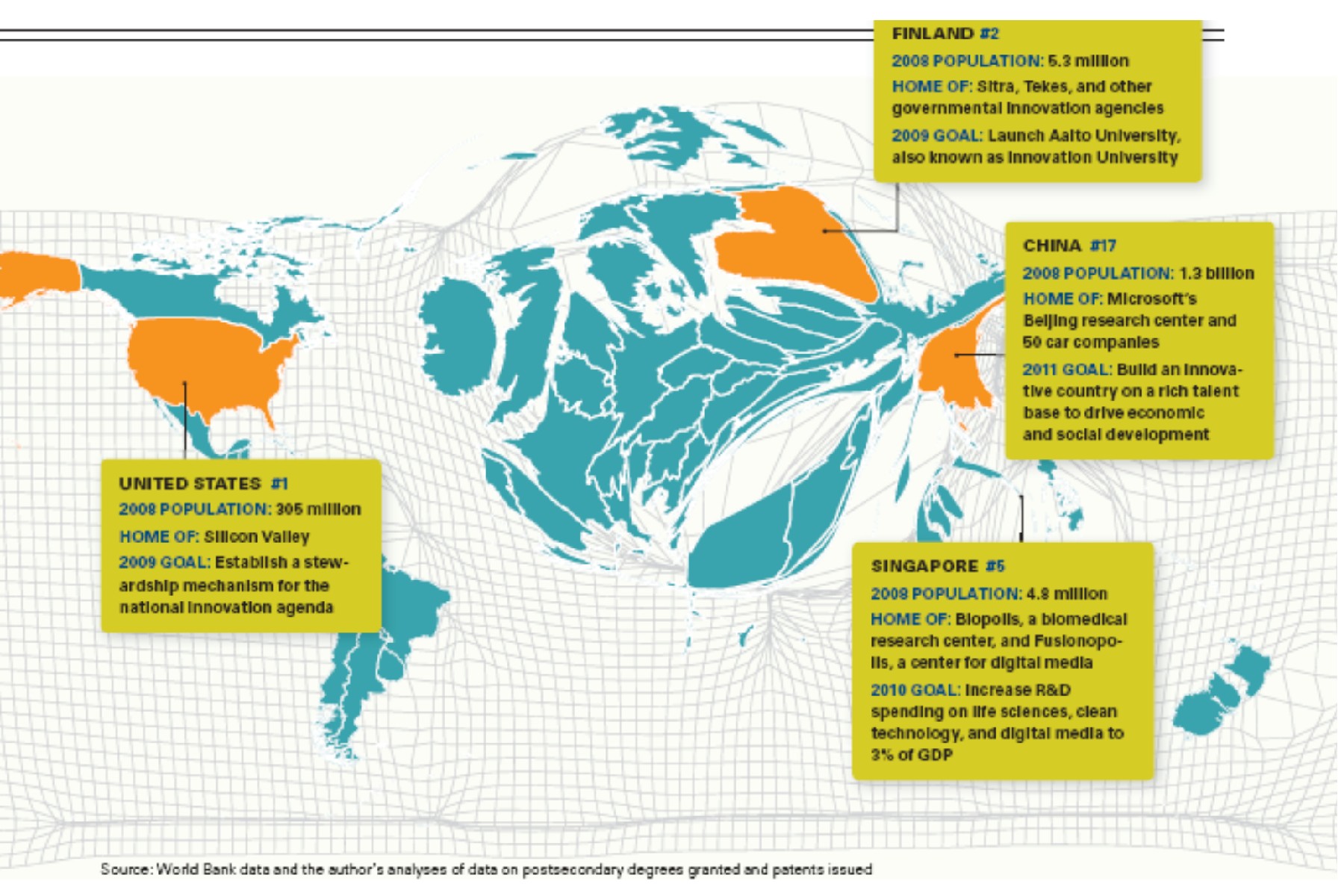 "Tapping the world's innovation hot spots" is the title of a recent article in Harvard Business Review just sent to me from Finland. The article looks at different national models of innovation currently in play around the world and evaluates them, ranks them and shares the lessons for business. But that's not the point of this post however, since the reason it was sent to me from the Helsinki School of Economics was in order to point out my own continent hopping tour of the highlighted locations - San Francisco and Silicon Valley from 2005 to 2007, Singapore since 2007 and when tonight's flight takes off, Helsinki, Finland from 2009 to ?

We've already covered the emergence of Helsinki's innovative Aalto University this summer before as well had a tour of the multidisciplinary creative space at the Design Factory on Core77. Now we get a chance to be a fly on the wall in this exciting space at such a transformational time. The Financial Times writes on 29th March,

"There are certain fields of technology, design and business where we cannot live without each other and this has been true for the last 15 years or so," says Kalevi Ekman, vice-rector of Helsinki University of Technology. "And the merger is based on the good experiences we have already had through co-operation." [...] For Prof Ekman, overseeing progress in the laid-back, cross-fertilising, experimental space of the design factory, the small size of Finnish society and a lack of hierarchical thinking are aids to business innovation.

"We are so small, so far away; we have a bad climate and no treasures in the earth. We don't have anything except intellectual capital and good education.

"It is often said that Finland is not really a country, it is a club," he says. "Here, if a student is working on a project for Nokia, they can pick up their mobile phone and have a chat with the CEO." [...] But the team is convinced that, alongside their mainstream activities, most disciplines can benefit from the happy accidents that result from random, circumstantial encounters with different worlds.

For the students, says Prof Ekman, there will be a real world pay-off in learning through project-based, problem-solving study to respect and communicate and co-operate with professionals who have different mindsets.

"We can't really explain what will happen at Aalto because we don't know," admits Prof Ekman, with frank laughter. "But we are trying to build something unique here."

Similarly, I don't know what will happen, what I'll learn and see when I start sitting at my desk at the Design Factory on Monday or working on a research project with the professors at the HSE for Tekes, but it seems like its going to be a great adventure!

Letter from Finland: Touring the hotspots