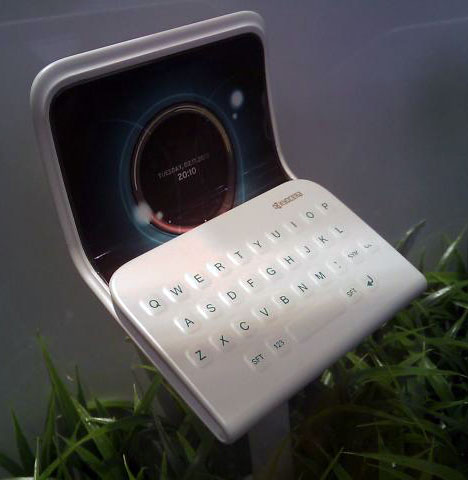 The concept Eos envisions a future where we have a more humanistic relationship with our phones. Appealing to our haptic senses, a soft, semi-rigid polymer skin surrounds a flexible OLED display. The metaphor of a "living" skin was used for its notions of protection and constant evolution, providing a heightened user experience.

Shape memory allows keys to morph up from its surface when needed and fade away when not in use. The flexibility of the screen allows for greater adaptability of form and interaction â€“ it maintains a compact shape (the size of a small wallet) for simple phone calls, and unfolds to reveal a large widescreen display. The device feeds off of our physical interaction with it, translating kinetic energy into an electric charge via an array of nano-scale piezoelectric generators. The more we interact with Eos, the more energy it creates - without using batteries.