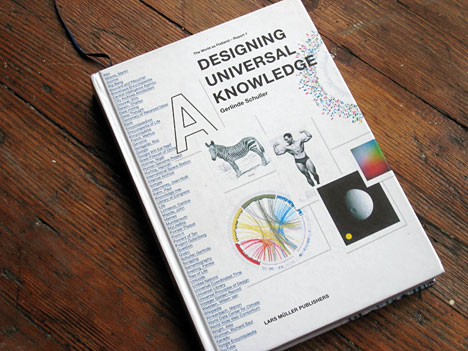 Not so long ago, in the Cameron Crow eighties of "Say Anything," sitting down to read an encyclopedia or a dictionary would have represented the very pinnacle of uncoolness. These days, however, a surfer can view Wikipedia intending to find some pictures of the Chicago World's Fair and walk away with an encyclopedic knowledge of the history of serial killers in the United States (OK, the surfer was me, but I'm stable ... promise). Over a decade ago, one of the keynote speakers at my graduation gave a presentation on these things called "hyperlinks" and how they were going to change the world. I'll admit that at the time, the whole affair seemed pretty dorky, but the gulf between the boredom I felt while sitting in the auditorium and my enthusiasm about Wikipedia today encapsulates the difference between hearing about a new technology and actually using it. 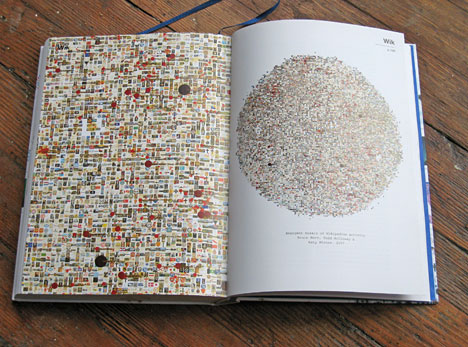 Gerlinde Schuller's Designing Universal Knowledge attempts to fill the rather large gap between the print experience of reading an encyclopedia and the hypertext meandering typified by the Internet. The first of three books, or reports, called "The World as Flatland," it addresses the difficulty in providing an accessible user experience to a "universal" audience. Organized as an encyclopedia from A-Z, Schuller tackles entries as modern as "Hacking" and as ancient as the "Library of Alexandria." Cross indexed entries are underlined and written in blue text, just like live links in webpages, only you have to turn the pages to see the results. Indeed, this reviewer remains slightly confused about the nature of the publication (even after visiting its website, as to whether a printed book was indeed the right format for this meticulously cross indexed work. While virtually every article was interesting as a stand-alone case study, the format of the book remains somewhat confounding. Initially I'd expected a manifesto that answered the question of how one could design universal knowledge for the information age, but I found instead a collection of issues, questions and observations about the complexities of the sort of world that might require universal design. I'd hoped for something more definitive than an assortment of interviews and concepts that demonstrate that even the quest for universal knowledge can't be defined universally. Then again, perhaps that reflexive self-reference is the only way to fully understand our networked world. 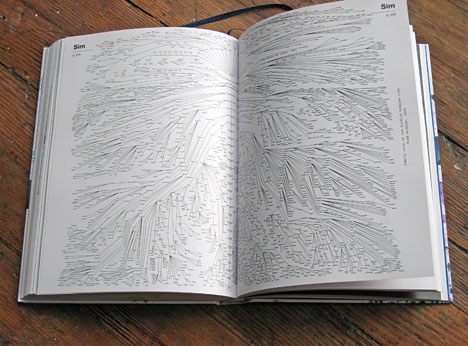 As for the entries themselves, I'll happily answer that it was hands down the most interesting encyclopedia I've ever read cover-to-cover (and actually the only one). The front and back covers are both plastered with visually arresting images of everything from data networks to the tree of life and the articles and images inside are (often) just as stimulating. I never would have guessed that a comparative map of the mouse, human, chimp, chicken and monkey genome would be pretty enough to put on a wall or that the unicode alphabet could look like a Glen Ligon print. The depictions of vast information networks like clustered Google searches and network diagrams of human communication structures are put side by side with Paul Otet's idealized architectures of human society from the thirties, and both provide interesting reading, if not obvious synthesis. 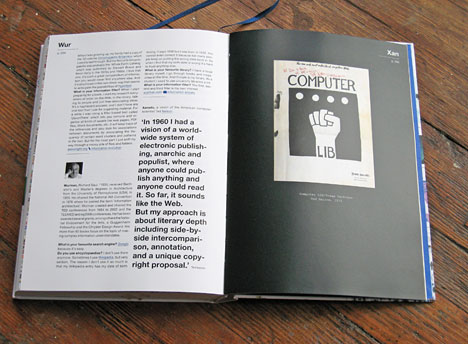 While reading about Carl Sagan's efforts to help NASA make the ultimate universal communication (to aliens) via the Pioneer Plaque and the Voyager Golden Record begins to get to the hard application of these principles, I couldn't find an entry for SETI, which has to be at least as applicable, even if less graphic. So while even seemingly arbitrary entries, such as a discussion of the Miss Universe pageant still grasp at "universal" themes (get it?), because the book is structured as an encyclopedia, Designing Universal Knowledge does a very good job of observing phenomena but never gets around to judging or concluding. Instead, individual interviews peppered through the book with thinkers like Richard Saul Wurman and Alex Wright provide conclusions via personal opinion and insight, while major innovators like Tim Berners-Lee receive biography entries rather than interviews. That said, having tried to interview information age luminaries myself, I must applaud Ms. Schuller for getting ahold of the ones she did. Indeed, Desiging Universal Knowledge is so full of interesting content that while it doesn't answer all of the questions that it poses, it does provide a good jumping off point. Like human experience, the encyclopedia begs to break free of the confines its pages, and perhaps the Internet itself is a good place to continue the journey.