Municipal transportation is an expensive business 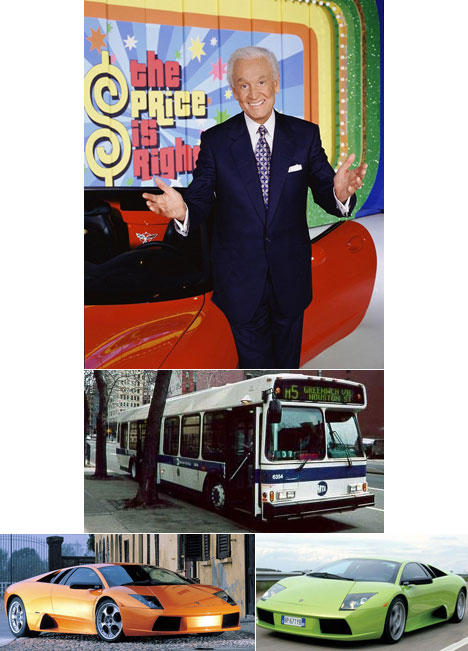 If I was a contestant on a version of The Price is Right that involved guessing the cost of urban objects, I would surely lose. I have no idea how much a fire hydrant, a subway turnstile or a policeman's badge costs.

Case in point: How much do you think the average New York City bus costs? I would've naively guessed about $90,000, and if you told me it was $120,000 I'd be surprised but I wouldn't question you.

But if you told me the average city bus costs over a half a million dollars, I would have thought you were dead wrong. Yet an article in The Times tells us the price of a new city bus is "just under $550,000."

That means the freaking M42 Crosstown is worth two Lamborghini Murcielagos.

What the heck could make these buses cost so much, and what kind of role does design play in all this? Tough to say, but the Times article highlights the difference between the "pull cord" vs. "push tape" system of signalling the driver to stop. The cost of the former: $293. The latter: $1,056.

The MTA currently operates 1,336 buses, and while not all of them are new, if we multiply that by "just under"--say, $540,000--we get a cash outlay of 721 million dollars. And that's not counting gas and whatever they pay the drivers. Man--you'd almost think it would be cheaper for the city to pay for all 8 million of us to take taxis everywhere!

Municipal transportation is an expensive business