Design for a Living World now open at the Cooper-Hewitt 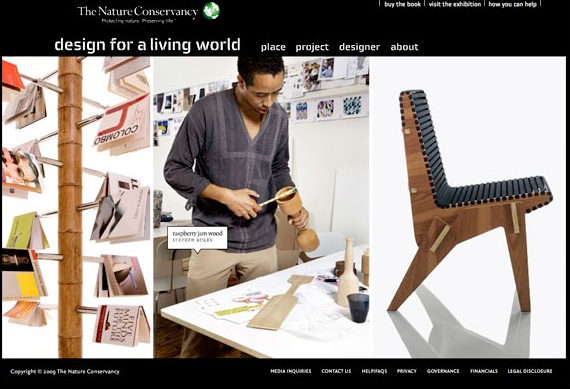 The latest Cooper-Hewitt exhibition, aptly titled Design For A Living World, combines the thoughtful material research of an environmental scientist, the sexy design aesthetics of the highest end showrooms, and the celebrity and travel itinerary of a reality TV series. Curated by Ellen Lupton and Pentagram's Abbott Miller (who also designed the exhibition catalogue and website), Design For A Living World sends renown designers, including Yves Behar and Hella Jongerius, to locations ranging from Central America to rural Idaho to explore the qualities of a natural material, then produce a design inspired by the material. The exhibition showcases this "material + design quest," documenting the entire process from cacao bean to kitchen tool (Behar) and chicle tree to vase (Jongerius). The show goes so much deeper than the usual "green materials are great" credo, combining a deep understanding of the ecologies from which we build our physical environments, with sensitive design thinking that brings the true beauty of such materials to life. 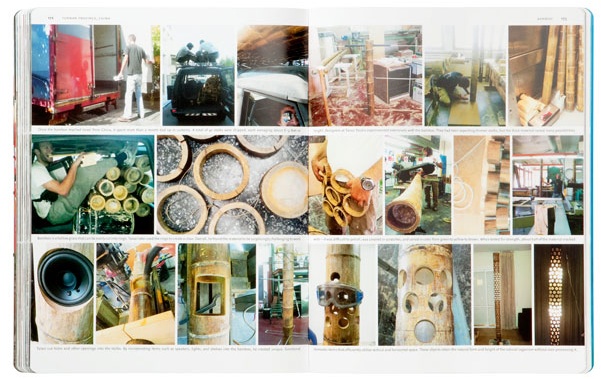 The exhibition was made possible by The Nature Conservancy, whose mission is to protect ecosystems and encourage sustainable practices in harvesting materials. Inspired by a previous exhibition entitled In Response To Place conceived by photography critic and writer Andy Grundberg, Miller and Lupton's Design for a Living World sought to combine Grundberg's "site-specific" photo documentation with a design story that took a material from its origin to a final product. For the commissioned designers, the place and selected material needed to provide enough provocation to result in interesting work, while the designer's interpretation would also need to respect and conserve the material's natural environment and surrounding culture. 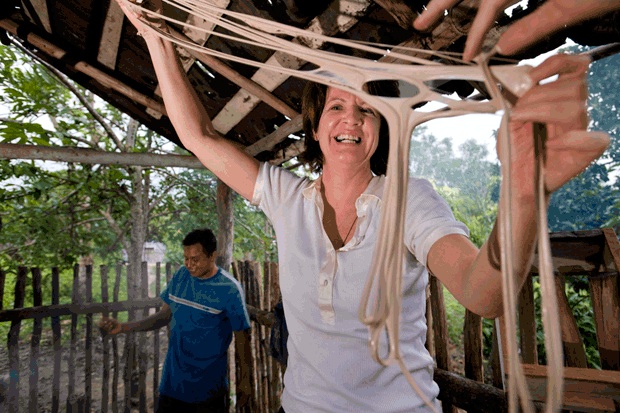 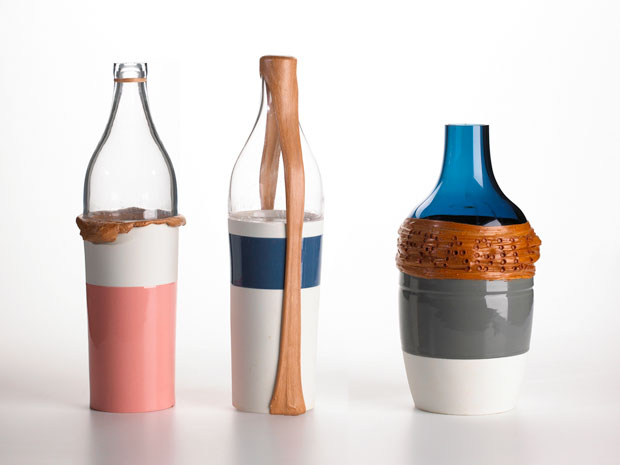 Hella Jongerius ventured to the Yucatan Peninsula in Mexico, where she came to understand the ecology and harvest of chicle, which is derived from the chicozapote tree. Chicle, best known as "the first chewing gum," was a perfect pairing for Jongerius, who is known for her use of unusual materials in ceramic works. Her design for a set of vases combined the fragile and tactile qualities of chicle with the more static qualities of traditional ceramics. 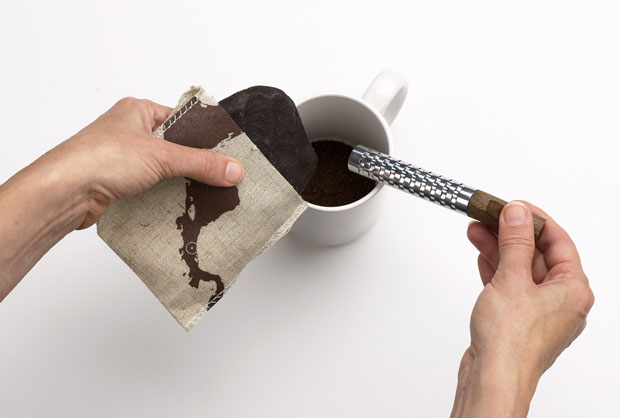 Yves Behar's design, inspired by the cacao bean in Costa Rica, did not actually use any of the material, though its form and function were directly derived from the story of the cacao bean's beauty and use. His design for a cacao shaving tool is intended to be used to make hot chocolate from real cacao, with a handle modeled after a cacao branch. In his usual minimal-meets-engaging style, Behar created an object embedded with storytelling and tradition. 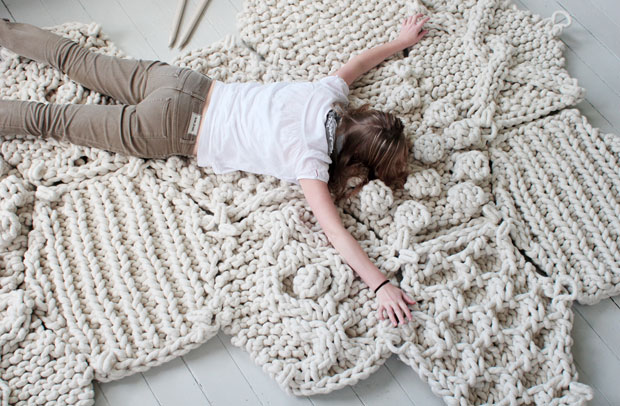 In Hailey, Idaho, Design Academy Eindhoven graduate Christien Meindertsma, was inspired not only by the byproduct of sheep harvesting, but the ways in which sheep flock. Her concept for a hexagonal modular rug comes together in a sea of wool mimicking a flock of sheep, each hexagonal "pod" made from 3.5 pounds of wool, equal to the yield of a single sheep. When connected, the pods form a rug whose size can be altered and customized to a space, and whose tactility is a direct homage to the sheep and its farmers.

The exhibition as a whole does a stellar job of not only honoring natural materials and their use, but doing so in a way that is sensitive to ecological and societal contexts. The resulting designs are not just about making cool stuff out of natural stuff, but of honoring the environments from which these living material come, and celebrating their inherent value. At the same time, the collection showcases design as a storytelling process, a responsibility, and a means by which we as humans engage with our environments. Other designers featured in the exhibition include Isaac Mizrahi, Stephen Burks, Maya Lin, Abbott Miller, Ted Muehling, Kate Spade, and Ezri Tarazi.

Design for a Living World now open at the Cooper-Hewitt

Emily Pilloton is the founder of the nonprofit Project H Design. Since 2008, she has run Project H and worked with young people ages 9-18 to bring the power of design and building to schools and communities. Emily is trained as an architect with degrees from UC Berkeley and the School of the Art Institute of Chicago, but found that she is physically incapable of working in an office or for a boss and much prefers the creative chaos of a public school classroom filled with tools and welding equipment. Project H Design was born out of the hope that authentic, on-the-ground, face-to-face work with young people could transform what it means to be a design professional, what it means to learn in the 21st century, and what it means to get dirty and physically build solutions for your community.

Emily believes that by giving youth, particularly girls and students of color, the skills to design and build their wildest ideas, we can support the next generation of creative, confident changemakers. Her ideas and work have made their way to the TED Stage, The Colbert Report, the New York Times, and more. Her work is the subject of the full-length documentary If You Build It. She is the author of two books, Design Revolution: 100 Products that Empower People, and Tell Them I Built This: Transforming Schools, Communities, and Lives with Design-Based Education. Emily is also a Visiting Professor in the Department of Design at UC Davis.