Book Review: I Miss My Pencil, by Martin Bone and Kara Johnson 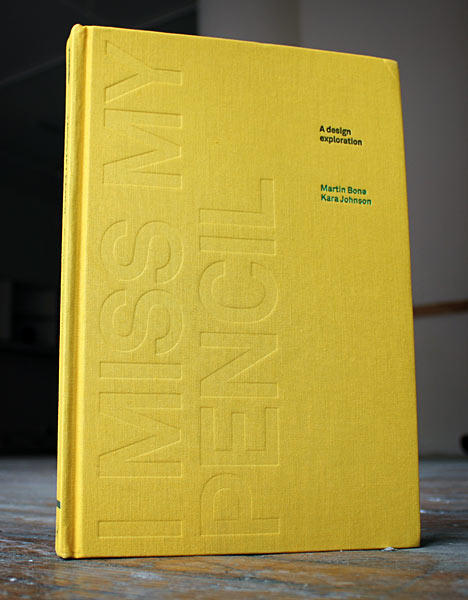 Martin Bone is one of us. The opening pages of his collaboration with Kara Johnson, I Miss My Pencil, include fetishistic shots of everyday objects like kitchen knives and attache cases that the authors know and love. In the short blurbs of text that accompany the beautiful product shots, Johnson explains a part of the product lifecycle that designers too often ignore. Recounting the effect of a ding on her experience as a car owner, she explains, "My previously flawless car now registered a dent above the back rear wheel. But my love did not waver. In fact, perhaps surprisingly, it grew: I love my car even more now with this little dent," that now serves to remind her of a weekend snowboarding. After the personal introduction, Pencil embraces the holy grail of industrial design: infusing shiny new products with the same love that grows naturally out of a shared history (or dent). 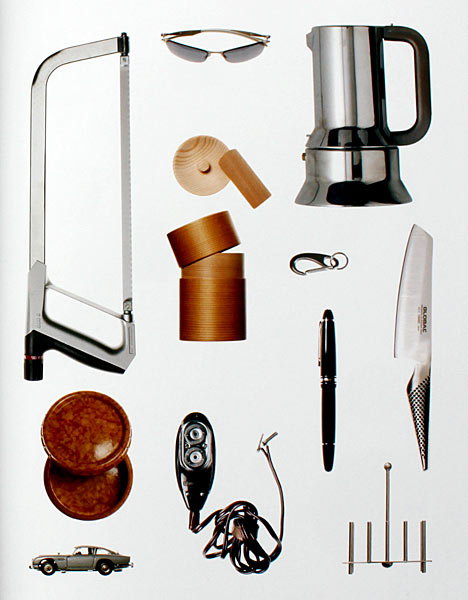 No strangers to industrial design, both authors work at IDEO, with Bone as design director and Kara Johnson leading the materials team. A series of 12 projects done for the sheer joy of creation, I Miss My Pencil reads like a student's wet dream of industrial design 101. The book is broken into three sections: Aisthetika, which deals with sense and experience, Punk Manufacturing, which combines craft and mass production, and Love+Fetish, which might be enough to titillate any objectophiles out there. Using about as much white space as I've ever seen in a book Mr. Bone and Ms. Johnson populate their tabula rasa with plenty of full bleed artful photographs and IM formatted conversations about their products. In yet another designer detail, the voices in those exchanges are each given their own font, with Bone speaking in dot matrix and Johnson a businesslike serif. At once joyous and confusing, I Miss My Pencil left me incredulous in the same way an avant garde indy movie produced by a major studio would. Every once in a while a completely impractical beautiful thing slips past consumer focus groups. At numerous times while reading, I wondered what sort of person would want to read a book about the joy of following absurd premises like "what does a laptop taste like?" to their logical (!?!) conclusions. Perhaps the audience for that sort of thing is tiny, but I think it includes us. 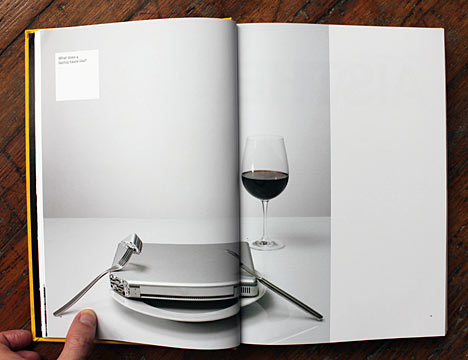 The first section, Aisthetika does manage to turn some pretty outrageous concepts into some semi-viable products. One project involves creating a doorbell that announces visitors with odor instead of noise. Having smelled a girlfriend's perfume on a passing stranger on more than one occasion, I can vouch for the Pavlovian influence of smell. Another exploration encloses the lowly electric printer in a felt uniform to deaden the noise. The overall effect of the schizophrenic explorations lies somewhere between a fever dream and a "how to" book, but the authors' adherence to their (seemingly insane) mission statements involves the same trials and tribulations that any working designer might experience. Thankfully these "products" skipped the focus group stage that would have been their death knell. Instead they form a sort of object couture, flying above the whims of the market, and answering only to the intended recipient. 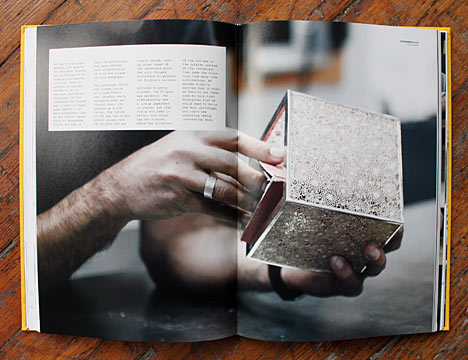 The Punk Manufacturing section is Johnson's wheelhouse, where the products embrace their individuality through materiality as much as design. Drool-worthy metal filigree speakers and a gorgeously distressed skateboard grew out of this section. 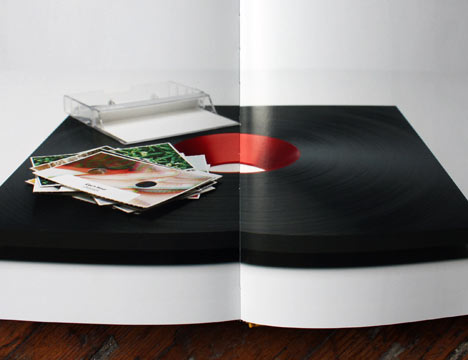 The last section, entitled "Love+Fetish" ironically resulted in the smallest volume of "I have to have this" objects: an Alfa Romeo Millemille Spider is reimagined as a pen and the mix-tape is conceptually refined into the equivalent of a gift of perishable forget-me-nots, but turns into a rather pretty coaster instead. If I were in one of the much maligned focus groups, I'd suggest it as the grooviest haptic lounge table ever. At its close, the duo begin their most ambitious project, creating an entire line of vaporware stereo equipment, what Bone calls "the little black dress for gentlemen," and explains that it was created out of a rebellion against these recurrent focus groups that routinely obliterate loving touches. That stereo equipment is beautifully rendered or modeled; it's hard to tell these days â€¦ and Martin finally gets to exercise his capable drawing chops. Unfortunately the duo runs out of time before the final project is finished, leaving Kara to observe that not being finished is the perfect place to start a design. Sadly the realities of the business world aren't as understanding, but watching the experience unfold (and seeing Bone finally use his pencil) is well worth the journey. 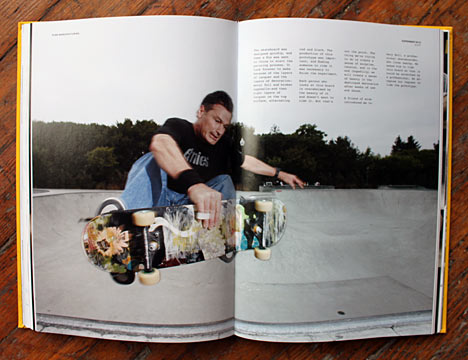