Peek inside those gadgets: iFixit launches a user-driven teardown site 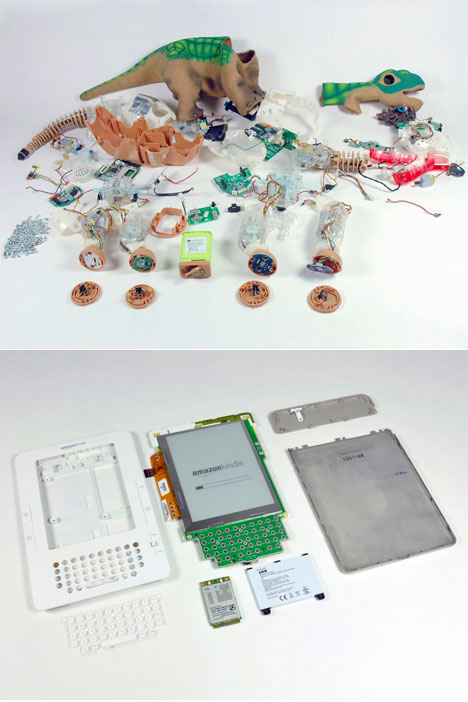 As we first mentioned in March, iFixit's been showing panicked people all over the world how to repair their abused and overused electronics by themselves. Occasionally, the iFixit team takes apart a new piece of hardware (like the Kindle 2 and Pleo pictured above), documents it, and posts it as a teardown, letting thousands of people take a look at what's inside and disassemble it themselves.

Today, they've seriously extended this part of the site by launching a user-driven teardown platform. The new creation tools allow anyone to author guides, and, with so many people contributing, who knows what we'll see disassembled? Kyle Wiens, the CEO of iFixit, is explicit about the variation they hope to see: "The deviation from writing Mac teardowns foreshadowed today's epic announcement. We hope that people use our flexible teardown platform to create teardowns of devices of all kinds, not just Apple products."

To introduce the teardown creation tool, iFixit has posted several user-authored cell phone teardowns and a step-by-step guide of exactly what's involved in publishing. It's all laid out for you, so show the world some gadget guts!