Streamlined steam irons of the '30s/'40s 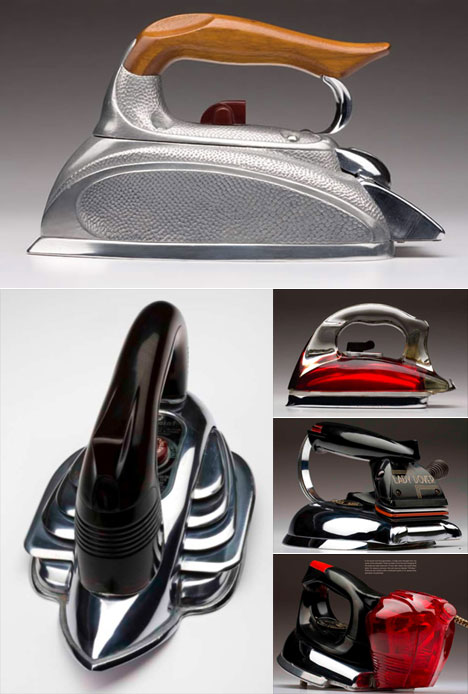 If you look at the designs of steam irons from the 1930s, you'll see they're as different from today's irons as cars are from back then and now; still recognizable as the same object, but stylistically representative of their era.

The book includes four essays: a concise history of electric irons in the U.S.A, two essays on the subject of streamlining, and a fascinating history of the first entrepreneur to produce an electric iron in the United States, Charles E. Carpenter.

The book is available for sale here, and you can browse select pages here.