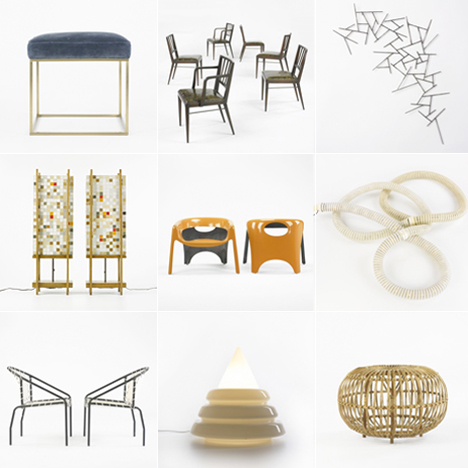 This isn't exactly news, but when I received the announcement from Chicago's Wright Auction House that their Mass Modern auction preview was now online, I got to thinking about how much I appreciate what they're doing over there. While their business is primarily targeted to collectors, they also make a serious effort to engage design culture in general. For example, the annual Mass Modern auction presents "moderately priced items...with the intention of introducing a younger audience to the period" (source). While some could say this is just good business practice, I would argue that it also raises awareness about the rich history of design in a younger generation, and, because of the sensitivity to pricing, makes some of this accessible to them.

More importantly, in the past two years Richard Wright seems to have embarked on a new initiative to promote contemporary design, hosting straight-to-auction-house exhibitions and events with designers like Ron Gilad (2009), Arik Levy (2008) and Martino Gamper (2008). As far as I know, there aren't many places in the States that can consistently offer a designer a space this large to work with, and, at the same time, provide such an intimate setting in which to experience it.

In addition to these special events, Wright's periodic auction previews are open to the public, which means designers from the region can waltz in and examine the details of influential objects in person, outside of the museum context. Assembled from a range of sources, these items were not necessarily purchased in the context of a scholarly collection and sometimes reveal a different side of the designers and movements we know so well.

And finally, every object from every auction has been beautifully photographed and archived here. If nothing else, this is a great resource for every designer and always worth a look.