I've got a friend of a friend with a Samsung flatscreen roughly the size of a Volkswagen. It's so big that if you put it in my apartment, I'd have to sit next to it and watch it via a mirror on the opposite wall.

In addition to the satellite and DVD player, this guy's got his PC hooked up to it, and he can sit on the couch with a wireless keyboard and type huge documents. The mouse is a bit trickier, though; and it's presumably with this market in mind that Hillcrest Labs has made their Loop Freespace mouse, which is meant to be used in-air, like a remote control. 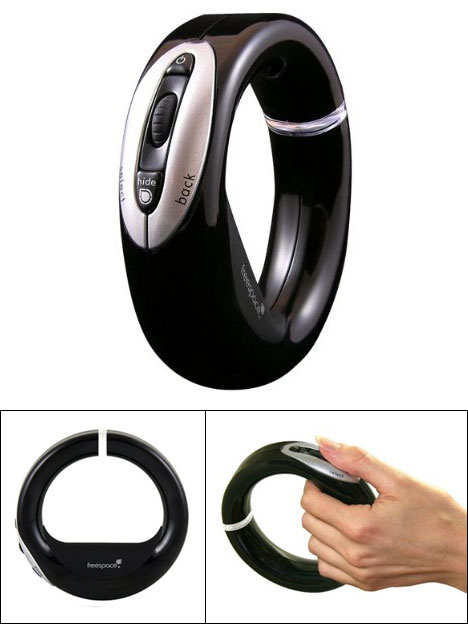 Interestingly enough, this product was conceived because Hillcrest Labs, which is really a software company, had a technology--motion control via in-air pointing--that they needed to wrap a physical product around, and this seemed to fit the bill.

The four-button mouse, which also features a scroll wheel, is available through Amazon.