iPhone figures are in, Apple's star continuing to rise 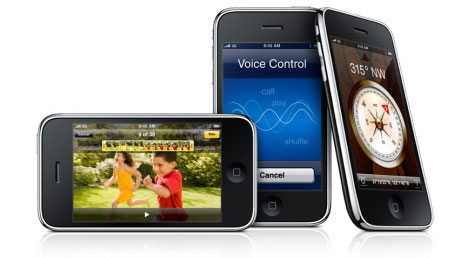 Despite what seemed to be a vastly reduced frenzy about this year's iPhone launch, this morning Apple announced they've sold 1 million units of the new 3G S, which surprisingly matched last year's "opening weekend" figures despite being sold in only 8 countries (as opposed to last year's 21 countries).

Ordinarily this type of sales data doesn't interest us, but as this particular phone has a way of integrating itself into people's lives that competitor's products do not, we found it noteworthy that it's continuing to make huge marketshare gains. We thought for sure the sales figures would be increased due to the $99 price tag of the 3G, but Apple's press release attributes the 1 million in sales to the 3G S alone.

As Apple has a way of sucking consumers into its product ecosystem, with objects like the iPod and iPhone being its "gateway drug," it seems the company will only continue to rise (despite the recent, disturbingly invasive recent reports about Steve Jobs' health). We consider this a good thing as Apple is perhaps the most prominent U.S. company championing good product design.

Now if only they would end that partnership with AT&T....

iPhone figures are in, Apple's star continuing to rise