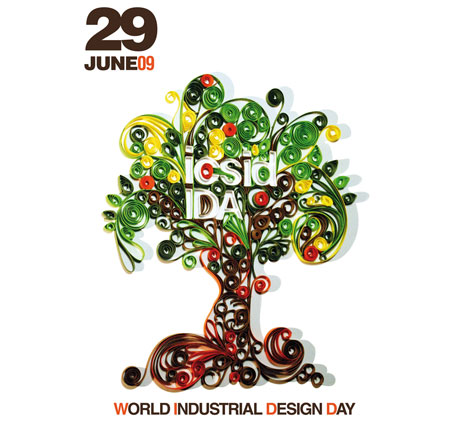 World Industrial Design Day aims to provide designers with a collective outlet to acknowledge the merits of the profession of industrial design, as well as provide the general public with an opportunity to appreciate design not just as an abstract, but also as a tangible expression of everyday life.

First declared in 2007 on the occasion of the 50th anniversary of Icsid, World Industrial Design Day received considerable attention following a successful series of international events held during the inaugural year in 2008. This year, designers and design enthusiasts are once again encouraged to mark the day by coordinating events within their region.

Hit the jump to see what's going on in your corner of the globe.Canada Objectified is a feature-length film documenting the creative processes of some of the world's most influential product designers, and looks at how the things they make impact our lives. Join director Gary Hustwit for special screenings and post-film Q&A's in Montreal.

Chile In Santiago, Icsid President Carlos Hinrichsen will host a three day workshop and regional exchange. The event will provide an interactive discussion reflecting on the challenges that define industrial design competitiveness in our current and future context. The event will span four main themes: sustainability, social responsibility, innovation and institutionality.

Finland The Finnish Association of Designers ORNAMO are organising a metro ride and 'Pekka-Kucha' in Helsinki. The original design for Helsinki metro was developed by Antti Nurmesniemi and BÃ¶rje Rajalin in the 1970's.

Germany On 29 June 2009, the winners of the red dot award: product design 2009 will be honoured at a festive ceremony in the Essen Aalto Theater by eminent representatives from design, business, and politics. The red dot design museum will show the award-winning products in a special exhibition that will run from 30 June to 26 July 2009. The award-winning products will then be on show for at least a year in the red dot design museum on the UNESCO World Heritage site Zollverein.

Spain Associacio de Disseny Industrial will host a conference "The making of...Environmental aspects in contract furniture" at the Palo Alto Foundation in Barcelona on 29 June 2009. Participants will receive a guided tour of the Design for Recycling Award exhibition prior to the conference. Guest speakers include Laura Fabrego, Oscar Lopez, Mario Ruiz and Pau Borras Pons.

United Kingdom/International On 29 June (9am GMT), Industrial Design Consultancy (IDC) will host a webcast to consider the broader aspects of industrial design and the value it brings to business.