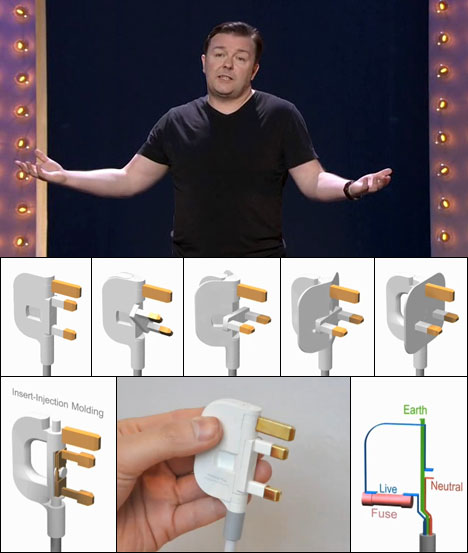 During a concert given in New York City, Ricky Gervais commented on the existence of overweight people in the UK: "We have some fat people in Britain," he told the American audience, "but you, like everything else, are the gold medalists of that as well!"

It's true that nearly everything is bigger on this side of the pond, but one thing I found amusingly enormous on a recent trip to the UK are appliance plugs--they're friggin' huge over there.

Using the example of the MacBook Pro as his starting point, designer Min Kyu Choi has designed a concept for a folding British-sized plug. We have a lot of respect for this design because it's not just idle dreaming--Choi has worked out how something as small as what he's come up with could deliver juice and incorporate a fuse. Check it out:

Be sure to watch the end to see how he envisions one plug being able to spread its power among multiple devices.