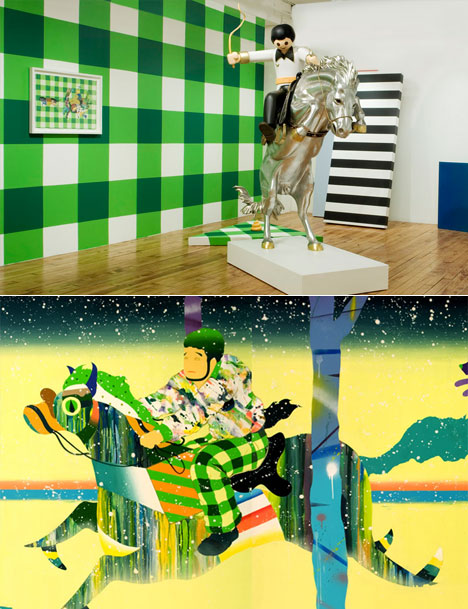 Tomokazu Matsuyama is a New York City-based, Tokyo-born artist "discerningly appropriating influences from modern art and Japanese art from the Edo and Meiji eras" in order to "parse the 'natural chaos' of our social environment" and push viewers to "confront their conceptions of cultural homogeneity." In any case, his paintings are wild and remind me a bit of Memphis in the way he mixes color, pattern and form, especially in his latest installation at the Jonathan Levine Gallery.

Much more after the jump!

via but does it float 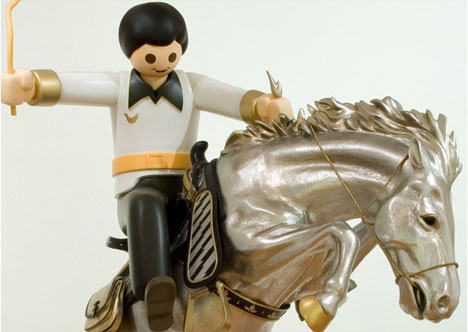 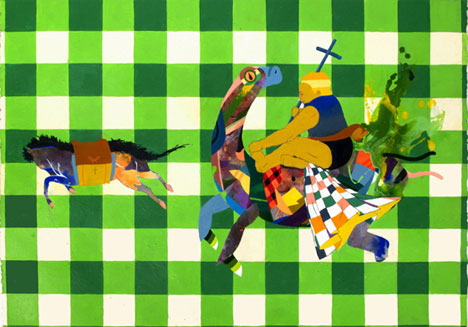 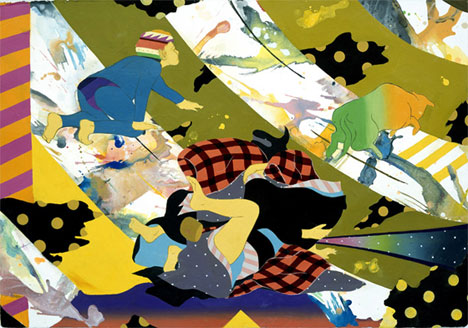 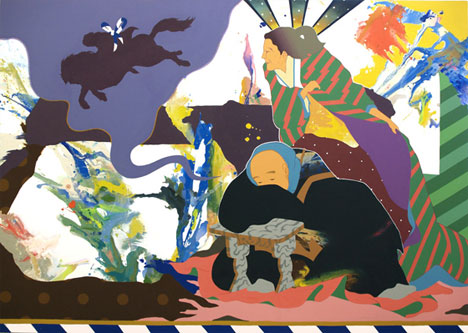 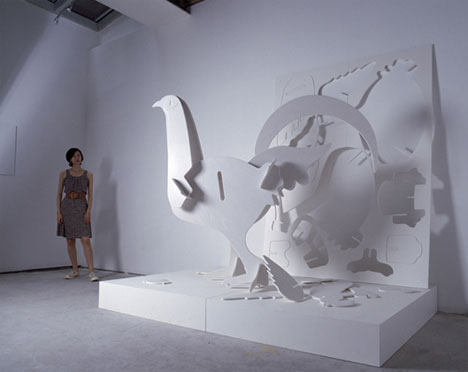 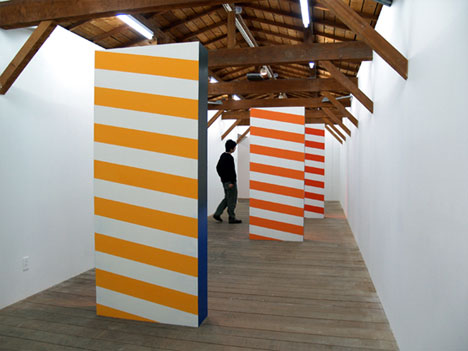 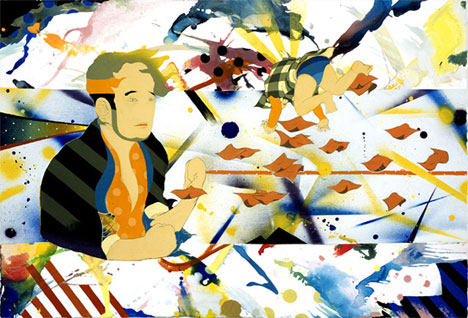 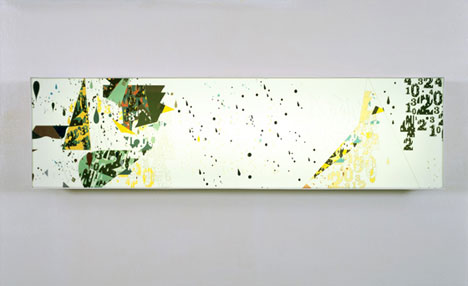