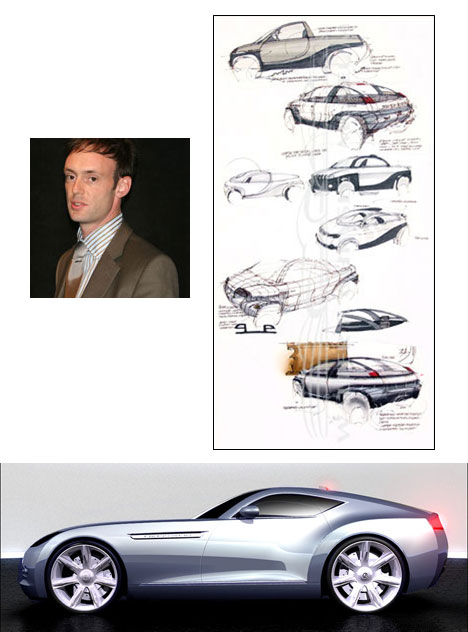 REFLECTING the design and branding organisation of its Italian partner Fiat, Chrysler has given each of its three brands - Chrysler, Dodge and Jeep - their own design bosses, reporting to Senior Vice President of Product Design, Ralph Gilles. The new design heads are Brandon Faurote at Chrysler, Joseph Dehner at Dodge, and Mark Allen for Jeep. Faurote, the youngest of the trio at 37 [sic], was previously Vice President of advance design for international models, with the Dodge Neon, Chrysler PT Cruiser and the 1999 Jeep Cherokee in his folio.

Previously Faurote has not been the subject of heavy press, though we were able to piece together bits and pieces from a now-defunct Chrysler website and various other sources:

Brandon L. Faurote was born Aug. 30, 1970 in Canton, Ohio. He grew up loving to sketch and with an avid enthusiasm for cars. Faurote joined the Chrysler Group in 1993 after receiving his Bachelor of Fine Arts from the College for Creative Studies in Detroit, Mich. From June, 1993 to Jan., 1997, Faurote worked in Jeep design, working on all Jeep models but most notably, the 1999 Grand Cherokee.

He then transferred to Passenger Car Design from Jan., 1997- April, 2000, working to design the 2001 Chrysler and Dodge Minivans.

In April, 2002 Faurote was named to manage the Small Car mid-cycle development on vehicles that included the Dodge Neon, the Chrysler PT Cruiser and the Chrysler Sebring and Dodge Stratus coupes.

Faurote was Chief Designer - Advanced Product Design from Feb., 2003, leading the advanced design team to complete a series of concept vehicles and future products. He led the team that completed the Chrysler Firepower and Chrysler Imperial concept vehicles, both debuted at the North American International Auto Show. He was appointed Director - Advanced Product Design in Dec., 2004.

The key to coming up with good ideas is to stay current, says Faurote, who tries to keep up with the latest stuff. "Looking at trends in society, such as music, architecture and fashion, helps me keep on the cutting edge of design." From a design standpoint, Faurote predicts vehicles will become a blend of the organic and the crisp. "The focus will be on fit and finish quality and cleanliness of design."