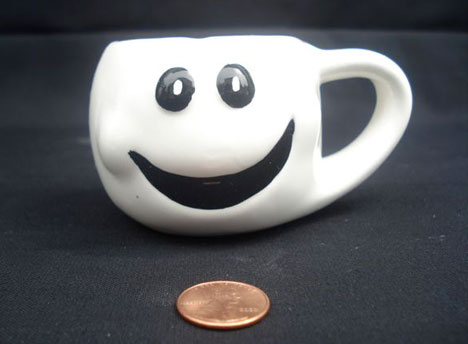 "Every object tells a story" we sometimes hear, but rarely is that story spoken aloud, much less written down. Rob Walker has added another item to his long list of side projects (see Unconsumption and the 48-hour T-shirt project for others) in the form of Significant Objects, a weird and wonderful pairing of fiction and object culture that we wish we'd thought of first.

The simple premise: Walker and collaborator Joshua Glenn round up some great fiction writers, purchase a few cheap used objects from thrift shops and garage sales, then hand one to each writer. The resulting stories are published on the Significant Objects site, along with a link to an eBay shop where the newly Significant items can be purchased, and the proceeds directed to the writer.

Kurt Andersen of Studio 360 fame is on the roster, though his story hasn't appeared as we write this. What's been published already is surprising and seductive though, including Luc Sante's jewel heist caper about a Sanka-branded ashtray, and Ben Greenman's false history of a smiling mug as a WWII movie prop. 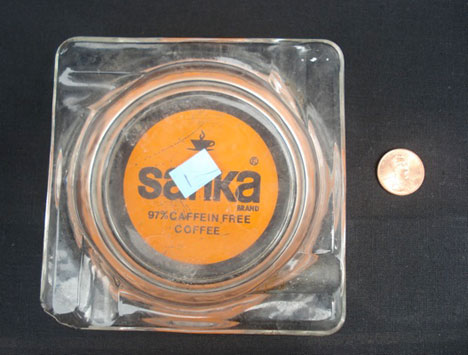 The stories are too short even to be called short stories -- a few paragraphs each -- but paired with the almost- but not-quite-kitschy thrift store finds, they take on a sort of meditative quality. Peering into each image and trying to imagine its history in the way these authors do is a strangely satisfying act. And what's better, after reading a few, we're tempted to start looking at other objects in the same way.