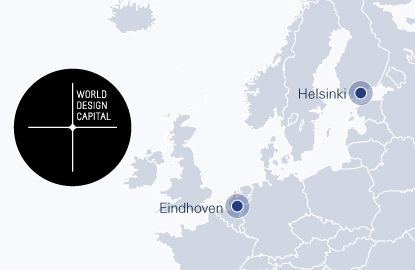 Following deliberations on 17 July 2009, the International Council of Societies of Industrial Design (ICSID) announced on behalf of the members of the World Design Capital Jury that the City of Eindhoven (The Netherlands) and the City of Helsinki (Finland) have been selected for the shortlist of cities that will move on to the next round of evaluation in the hopes of becoming World Design Capital (WDC) in 2012.

The evaluation for the WDC designation is founded on a comprehensive assessment process spanning a five-month review and deliberation period, during which time, applicants were requested to demonstrate evidence of their strengths in the following areas: Design, Programming, Infrastructure and Financing.

The final jury deliberation will take place in September 2009 in Montreal, Canada, and the official announcement of the WDC 2012 designated city will occur during the ICSID World Design Congress in Singapore on 25 November 2009.