The "iPod of drink machines" 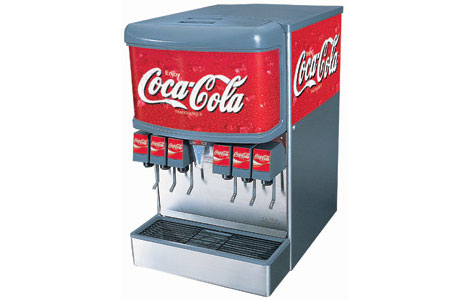 On the way out. 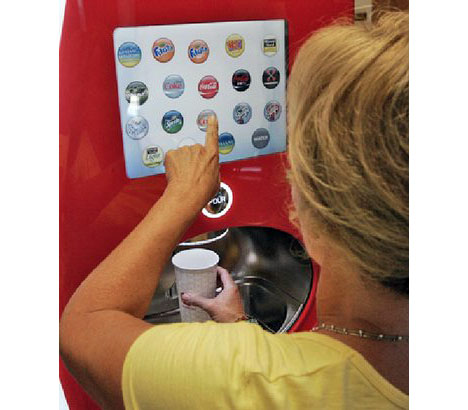 On the way in.

The future's here, and it's filled with sugary beverages.

The standard soda-dispensing machine we all know from fast food restaurants is slated for obsolescence, as Coca-Cola is now rolling out a machine they're calling the Freestyle, a touchscreen dispenser capable of delivering over 100 different types of soda.

[In 2009] Americans are expected to buy nearly $121 billion of soft drinks.... With serious profits at stake, development of the new dispensers, which took four years and cost more than $100 million, was a closely guarded secret.

One of the hurdles for designers was trying to create a high-tech device that was fun and easy to use without reminding people of an "ATM or a computer," said Vince Voron, senior director of industrial design at Coca-Cola who was recruited from Apple to work on the project.

In addition to the new customer interface, the machines are significantly different inside--and networked:

While the older-style drink machines use 5-gallon bags of syrup that are then mixed with water and carbonation, the new machines use concentrated flavor cartridges a little larger than a video cassette tape.

Each night, the machines will transmit detailed data to Coca-Cola on what brands sold and at what time of the day. Already, they've discovered that the popularity of Caffeine-Free Diet Coke spikes after 3 p.m., Farrell said.