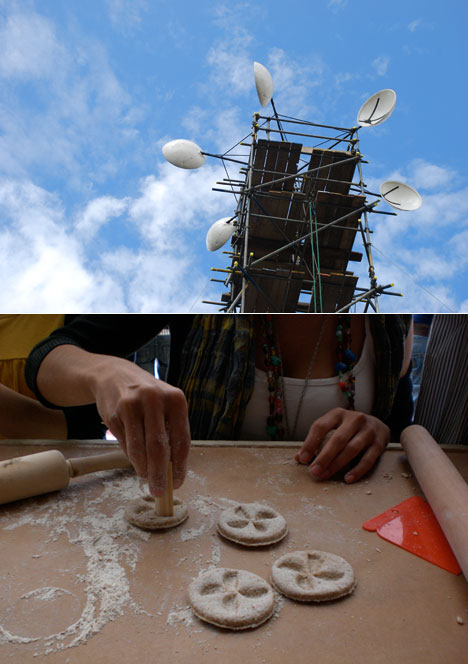 In Dalston, a westerly section of East London's Hackney, 2000 square feet of wheat recently appeared alongside a d.i.y. vertical axis windmill. The rakish structure looks downright poetic under English summer clouds. For geniuses who never pondered the original meaning of "windmill": wind power mills grain into fine flour and mealy bits. At the base are two wood-fired ovens for bread-baking and (indispensably) a bar.

Built by the French architectural collaborative EXYZT, The Dalston Mill will be up until August 9th as part of the Barbican's Radical Nature show. Last weekend EXYZT were having problems with the turbine connection, but they fixed it within a day. Meanwhile Fergus Walker was on hand with his wonderful People-Powered Flour Mill, which connects a bicycle wheel to a portable grinder using a flexible drive shaft, enabling stationary cyclists of all ages to produce their own wheatflour.

On Saturday, Collaborators' Guide hosted a bread-baking event where the product was local currency. Baker Dan Lepard fired up the ovens and helped a bunch of Londoners make dough, the kind you spend. The "Dalston Slice" is a coin-shaped, hard flatbread that you can trade for goods in participating shops, the expressed purpose "to reconnect and rebuild the once vibrant web of local businesses and traders in the community," in a diverse neighborhood that bears all the signs of credit-crunch gentrification.

As author Carolyn Steel recently pointed out in Hungry City, grain created urbanity, starting around 10 thousand years ago when people figured out they could grind it to flour for a high-energy crop that fits in a relatively small space to feed lots of people.

Grain is now supporting local business in Dalston, at least for the next week or so—the leftover Slices are on sale until August 1st, and proceeds go to Transition Town Hackney, which among other moves toward sustainability is working to develop a Local Exchange Trading System (LETS). "It's one of the oldest and most useful alternative currencies," says Bethany Koby of Collaborator's Guide, "We thought it would be great if this project can feed into that."

After cashing in an unseasoned bread coin for a chocolate brownie at the Dalston Superstore, I was thinking it would've been healthier to just eat the coin—but much less inspirational. Also, why is the Mill only up for a couple weeks? It should be permanent.

More snapshots after the jump. 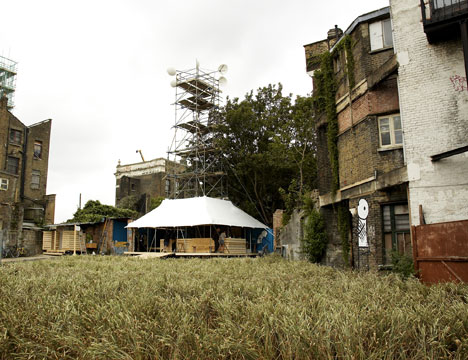 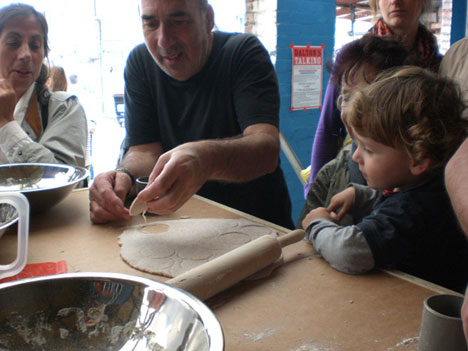 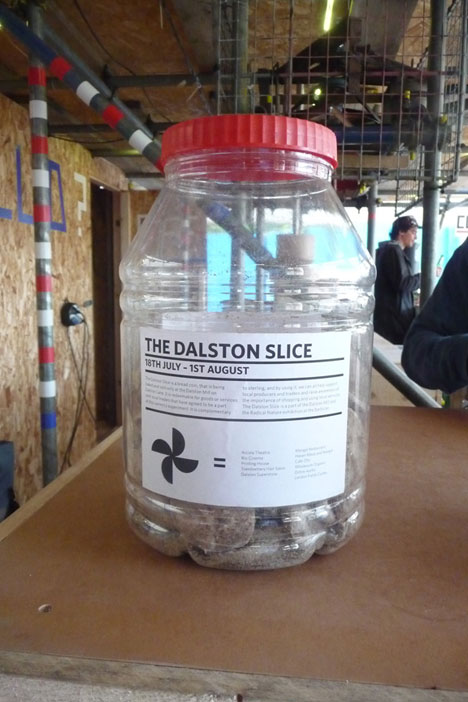 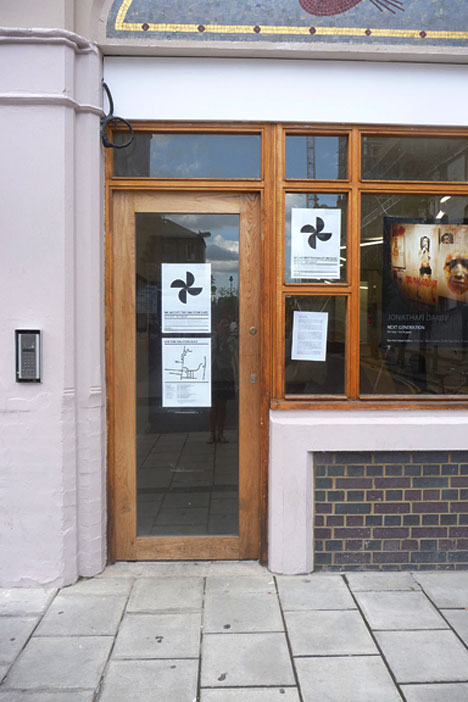