Redesigning the Prosthetic Arm: SVA project site is up! 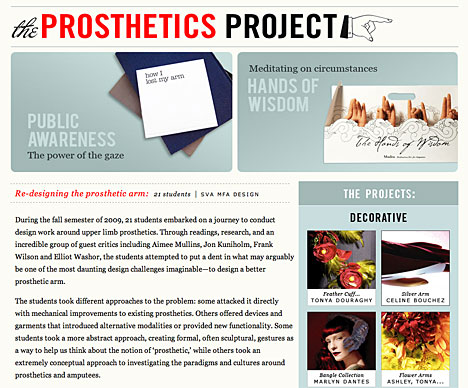 So proud to announce the launch of The Prosthetics Project, the completed website for the prosthetic arm design project my SVA graduate class completed last fall. The designer of the site, Jackie Lay, did a fantastic job, and there's a ton of great work to take a look through. Here's the backstory from the site:

During the fall semester of 2009, 21 students embarked on a journey to conduct design work around upper limb prosthetics. Through readings, research, and an incredible group of guest critics including Aimee Mullins, Jon Kuniholm, Frank Wilson and Elliot Washor, the students attempted to put a dent in what may arguably be one of the most daunting design challenges imaginable--to design a better prosthetic arm.

The students took different approaches to the problem: some attacked it directly with mechanical improvements to existing prosthetics. Others offered devices and garments that introduced alternative modalities or provided new functionality. Some students took a more abstract approach, creating formal, often sculptural, gestures as a way to help us think about the notion of 'prosthetic,' while others took an extremely conceptual approach to investigating the paradigms and cultures around prosthetics and amputees.

Many of the projects were targeted at kids, arguing that there may be wider leeway in what would be deemed acceptable to the user. Some of these push the definitions of function, providing devices that are playful and life-affirming. The more sobering investigations in the group try to address the realities of arm amputees--as much as is possible by designers with both limbs. 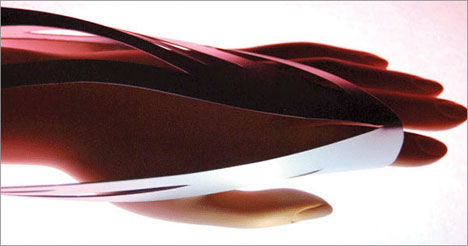 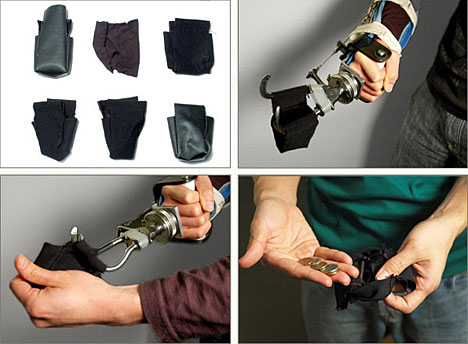 James Yang | The other palm

The project was extremely demanding on the students, who were at turns humbled, discouraged, and ultimately elated with the work. As a design teacher, it was similarly humbling, since this was new territory for me as well and I was unsure how to scope and stage the project. (You can watch my reflections of the project in a talk I gave at the CompostModern conference in San Francisco a few month's back here--lots of anecdotes and asides in that one.) In the end, the results were an inspiration--Aimee Mullins was generous enough to return for the final presentations and remarked that "there was more diverse creative thinking here in 10 weeks than there has been in the field in the past 100 years." Quite a compliment to the students, who were proud...and ready for some sleep after many all-night charrettes.

More projects after the jump: 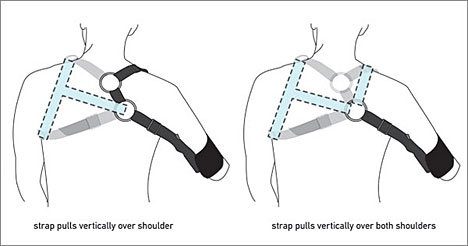 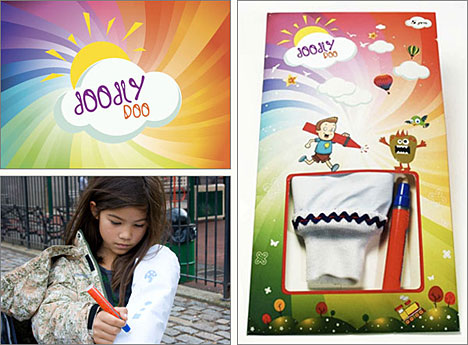 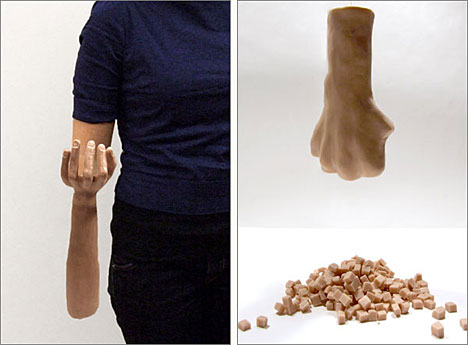 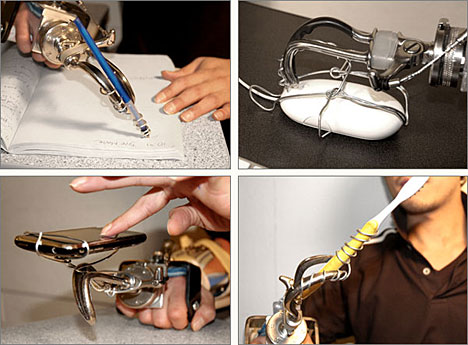 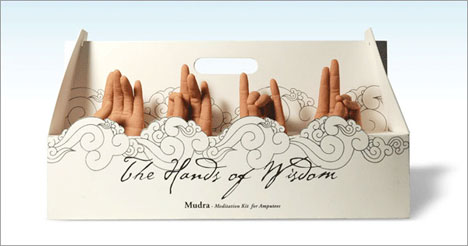 >>See all the projects here.

Redesigning the Prosthetic Arm: SVA project site is up!