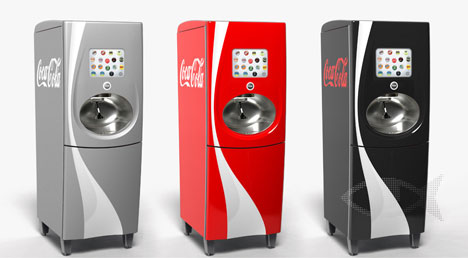 Coke and Ferraris have nothing in common, other than that they both come in red, but it turns out Coca-Cola's forthcoming "Freestyle" machine has been designed by none other than Italy's Pininfarina.

The so-called "iPod of drink machines," which serves up over 100 different beverages ordered via touchscreen, has been in development for four years and is reportedly being test-marketed in a handful of restaurants before launching next year.