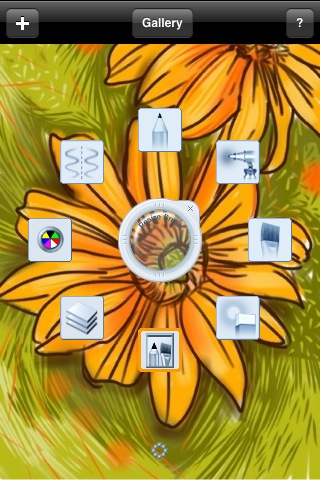 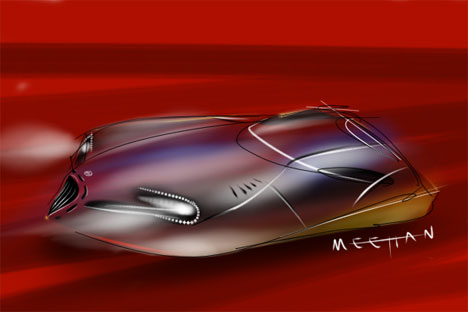 There's an app for that: finding a taco stand, playing Frere Jacques on the pan flute, figuring how much to tip, making fart sounds... As the iPhone App Store climbs towards the 100,000 offering mark, we occasionally sigh and wonder when something genuinely useful to professional designers will appear. As of 9am EST tomorrow morning, that may finally be answered, with Autodesk's release of Sketchbook Mobile, the handheld counterpart to their "worth buying a Wacom for it" Sketchbook Pro design sketching software. The interface for SB Mobile is more than a little reminiscent of its bigger, older counterpart, featuring a simplified marking menu for tool selection, and a similar set of icons and workflows. 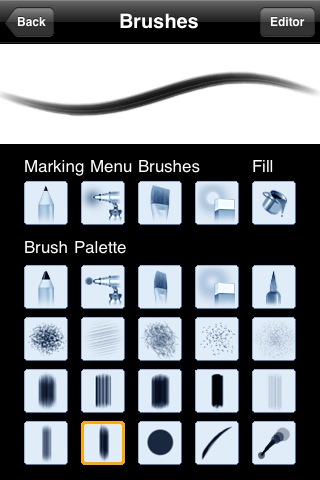 A quick browse through the App Store turns up plenty of drawing utilities, so there's nothing momentous about adding one more. The most famous so far is Brushes, which gained notoriety in June when Jorge Colombo used it to create a cover for the New Yorker, spurring its sales, and spawning an evocative series of short videos depicting the stroke-by-stroke construction of various NYC scenes on Jorge's touchscreen.

Compelling as they are, though, these videos highlight one of Brushes' (and pretty much every other drawings app's) main shortcomings as a serious design tool: poor layer control. Each image is constructed in a rigorous back-to-front order, and while that's fine and familiar to artists used to acrylics and oil paints, it's excruciating for the Photoshop and Corel proficient. The latest Brushes release does offer layers -- four of them -- but the interface is clunky and childish, and few users seem to employ them. While still limited, SB Mobile offers six layers which can be re-ordered with an elegant Photoshop-meets-Apple kind of interface, as well as some other features familiar to design professionals: customizable brushes, sample-based color selection, multiple undos, and sketch symmetry. 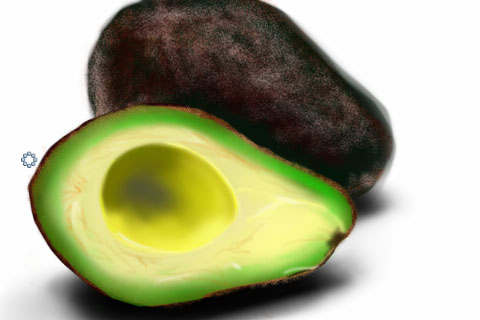 Image: Rae Morris -- Seriously, you did that on an iPhone? 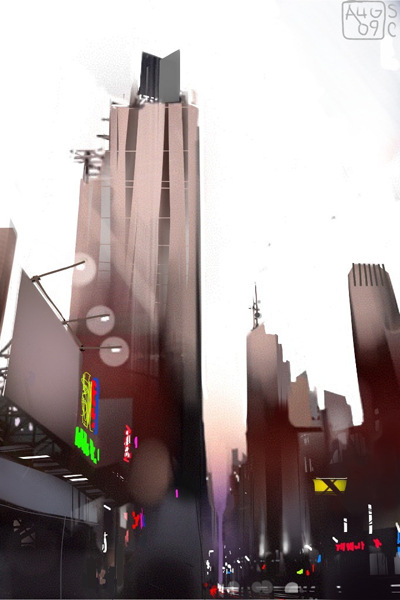 Image: Sidney CheangThe main drawbacks all have to do with the reality of the platform. No software can make an iPhone screen bigger, or change the fact that it's designed for finger interface. The tactile feedback that makes paper such an enduring medium is unchallenged here, though they've given it a good shot: there's some very good brush rendering technology that makes pencil strokes look like pencil strokes, and "synthetic touch sensitivity" to simulate the effects of increased pressure, despite the lack of true pressure-sensitivity in the iPhone screen. Much use is made of multi-touch zoom in the app too, leading to a workflow with lots of close-in detail work punctuated by frequent zoom-outs to check the big picture. Again, kind of weird, but not so far removed from typical Wacom + Photoshop procedure.

On such a small, smooth drawing surface, a lot of standard sketching technique goes out the window: try locking your wrist and drawing with your elbow here. Plus it's tough to get past the sense that this isn't sketching, but finger painting. One beta tester we spoke with, technical illustrator Andrew Meehan, admitted that there was a definite learning curve, but added that within a month he found himself using the app preferentially over napkins and paper sketchbooks. The depth of features, apparently, allows the creation of roughly presentation-worthy images with little to no post-rendering, a boon to the nomad designer prone to bouts of inspiration in inconvenient locations. 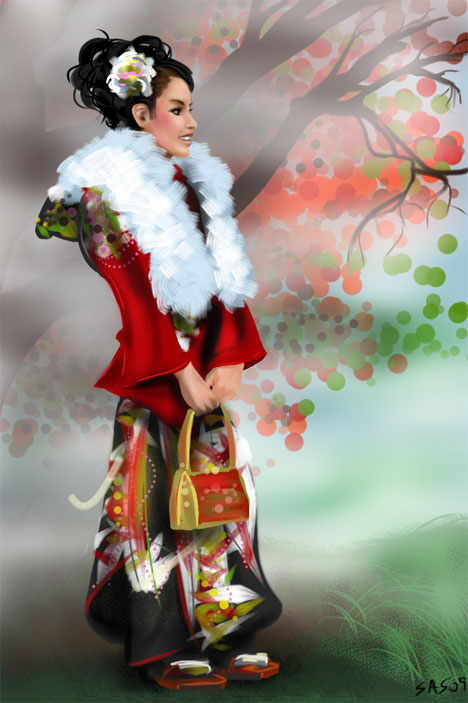 The nicest surprise, beyond the sleek interface, is the aggressive pricing: Autodesk's releasing the app for US$2.99, partially in a bid to quickly dominate an underserved pro market, and also perhaps to drive interest in its more expensive SketchBook Pro software (still not bad at US$90). Either way, it's almost certainly the best designer-oriented sketching app out there, and given the number of creative professionals who already walk around with iPhones in their pockets, that bodes well for Autodesk's continued exploration of the lucrative app field.

Sketchbook Mobile hits the iPhone App Store tomorrow morning. For more examples, check the SB Mobile Flickr pool; there's also a demo video in the works which we'll post here once it's live below, with a nice succinct overview of features and some pleasantly unobtrusive background music: