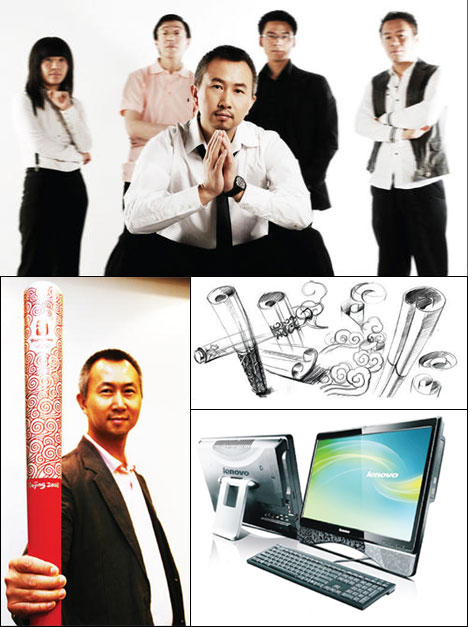 At 23 years of age, Yao Yingjia was hired as Lenovo's first industrial designer, way back in 1996. He set about the task of forming Lenovo's industrial design team, which has today swelled to 110 designers; Yao himself, having won numerous industry awards (the Intel Innovative PC Award, Germany's IF Product Design Award, the Red Dot Design Concept Luminary Award) has since been promoted to Vice President of Lenovo's Innovation Design Centre in Beijing. The 36-year-old Chinese national also won Beijing's Olympic torch design competition, beating out 387 other competitors with the by-now familiar red cylinder seen above.

Yao recently gave an interview to Malaysia's Malay Mail newspaper on Lenovo's design philosophy and design in China. An excerpt:

China is now better known as a manufacturing hub rather than a centre of design, what are your thoughts on this?
[Laughs] Well, China has good DNA for innovative work. Remember that we came up with the "four great inventions" after all, one of which is paper. But I think that if Chinese companies want more success, they will have to change their business models accordingly and this goes for traditional industries such as fashion and manufacturing....

What advice do you have for aspiring designers? Design may look like a "cool" job but it's a hard job filled with many challenges. I keep telling my students that design is not just a job, it's a life choice. The biggest challenge is keeping one's curiosity alive. It's easy to lose that feeling and start thinking that "I know everything".

Most importantly, you have to care about people, details and emotions. Designing is like the act of translating, you design not for yourself, but for others - melding technology, material and culture into a product that people can understand.