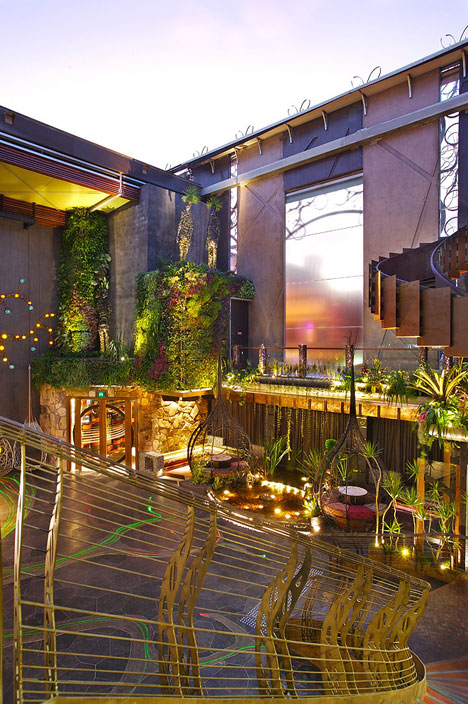 Our Coroflot coverage usually leans towards industrial design rather than interior design, so it was a breath of fresh air to come across Brisbane-based Alexa Nice's book. Interior designer Nice does everything from retail to casinos to residential and hotels, but what really caught my eye was her nightclub stuff: Brisbane hotspots PressClub and Cloudland.

The latter club describes itself thusly: "Cloudland's interior design almost defies description. [It's] like a film set for a futuristic Garden of Eden, operating as an architecturally brave bar, restaurant and function space. Patrons are visually stunned by: 5,000 plants climbing and sprawling over a 14-metre interior wall; a 10-metre waterfall; a solid hand-carved 'China white' marble bar; and a glass bar made from 19,000 glass balls threaded by hand."

Check out more of Nice's stuff on Coroflot.