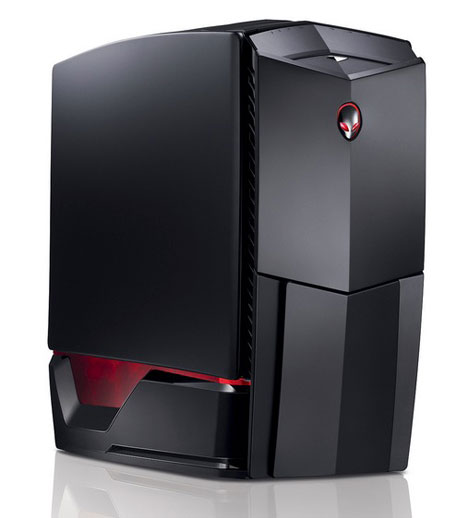 Early on in the history of Apple and home computing, Steve Jobs famously decreed that the company should not support games; he felt they would only be taken seriously if the computer was viewed as a tool and not a toy. This misstep, of course, allowed the PC to gain ridiculous amounts of marketshare, as computer games proved more popular than anyone would have guessed.

Apple has spent the decades since catching up on marketshare--and leading in design, as more and more computer manufacturers emulate Apple's simple, minimalist lines.

Ironically, while most manufacturers are copying Apple, it is a company specializing in gaming PCs, Alienware, that seems to be the sole manufacturer trying to make computers that stand out rather than fit in. Yesterday at the Tokyo Game Show 2009, Alienware took the wraps off their new line of PCs and accessories, and true to their name, none of these designs could be mistaken for anyone else's.