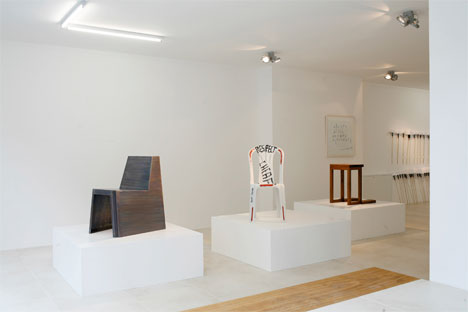 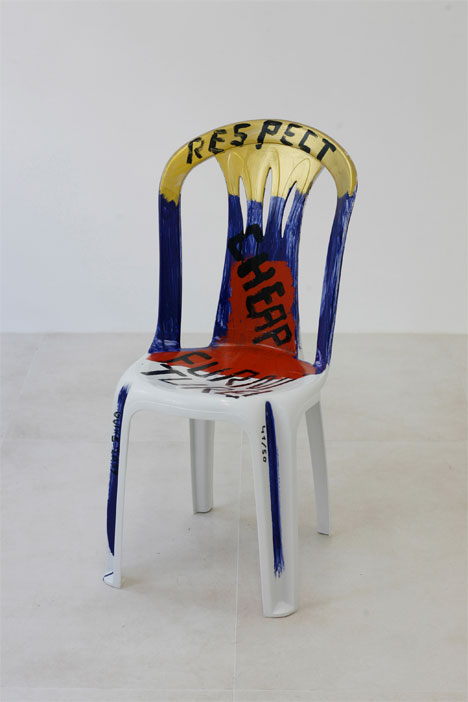 Pictured above is Respect Cheap Furniture: The monobloc plastic chair is a phenomenon, which has already attracted and inspired many designers and artists and in fact contains many criteria of good design: it is cheap, democratic, robust, reasonable in technical production and convenient. But the classical monobloc chair has a very bad reputation. Following his work "Stop Discrimination of Cheap Furniture" from 2004, Guixé moves a step ahead in the defense of the monobloc chairs and postulates "Respect Cheap Furniture". The "Respect cheap furniture" chair will be availabe in a limited editon of 50. 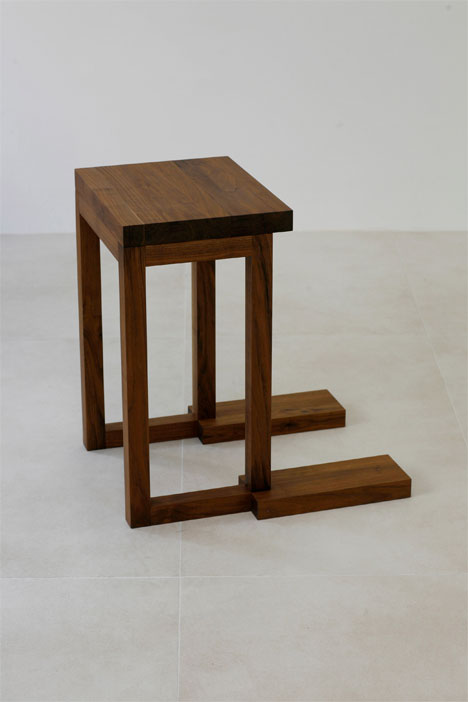 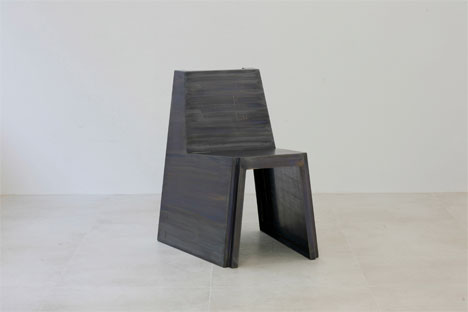 27 kg of Copper The second chair is based on the subject of recycling. Copper is a material which can be almost completely and endlessly recycled —without a loss of quality. Each object made of copper can potentially change form, typology and context. Guixé's copper chair is not only a chair, but also represents possibilities of being any other object and therefore ultimately remains just "27 kg of Copper". The copper chair is available in a limitedÂ edition of 8.