The Davis Divan: The little trike that couldn't 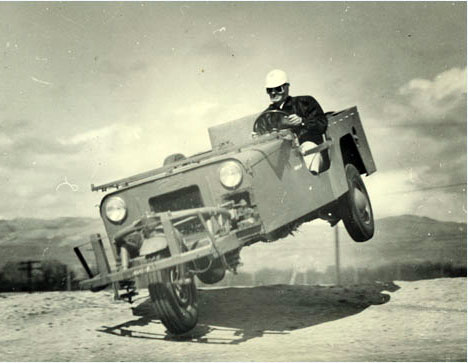 Ah, the lax attitude towards safety testing in 1940s America: Three wheels and no rollcage, just a helmet!

The photo is from the U.S. Army's testing trials of the Davis Divan, an ill-fated foray into three-wheeled motoring from the 1940s, as reported by The New York Times. The story reads like Tucker...with one less wheel.

The Davis Divan: The little trike that couldn't