We're back from a few days in Miami Beach attending the IDSA 2009 Project Infusion conference. Here's a handful of pictures that touch on the breadth of the experience. More pics in the Flickr pool. 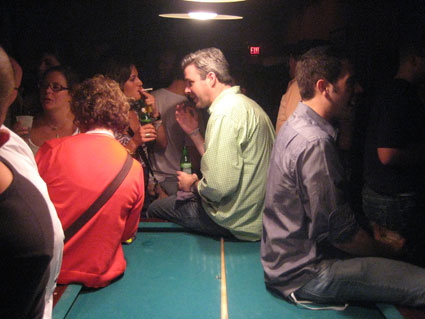 Although there was no giant robot at the Core77 party (see 2007) it was still a great time, with a lot of intense conversation, some of the "No, I love you, man!" variety. 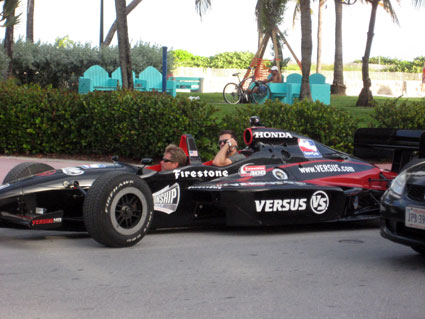 Oh, of course. South Beach. A guy in a Formula 1 (or similar - car experts? anyone?) street-legal Indy Experience car pulls over on Ocean Ave. so his passenger can chat on his cell phone. Conspicuous consumption taken to a new level. 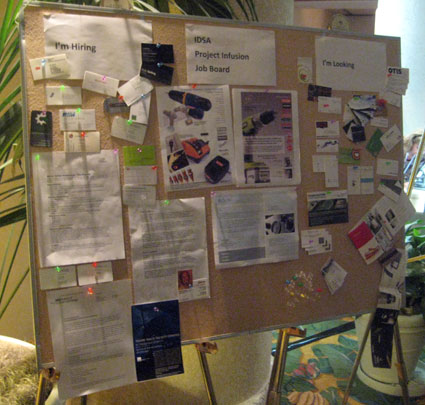 It's fascinating to see how Twitter is changing conference interactions. We tweeted our dismay that there was no job board (since we arrived with fresh printouts to post), someone repeated that concern from the podium, and eventually one appeared. D'oh! for not having one from the outset but woo-hoo for being so responsive. By the end of the conference, the job board was far more packed than this photo shows. Packed with people looking to 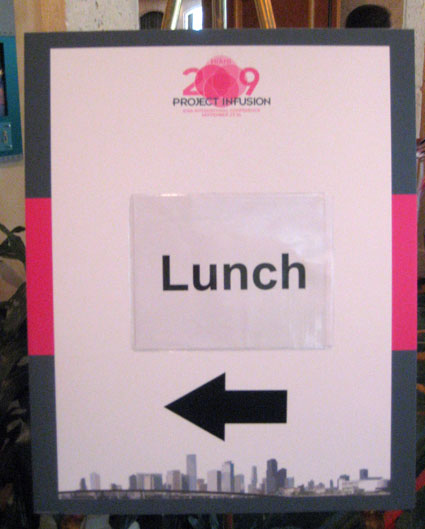 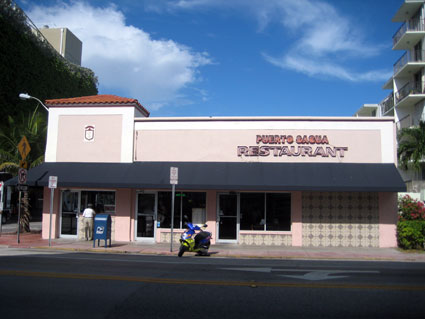 All visitors to Miami Beach seem to end up at Puerto Sagua. Accessible Cuban diner in the land of crappy pizza windows and fancy-but-crappy linen tablecloth places. We ate there five times. 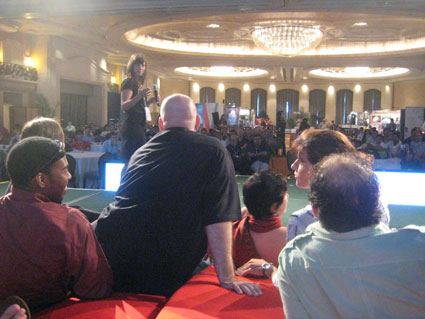 Another Twitter-inspired moment: We saw beautiful Ron Arad furniture on stage that was apparently donated to the conference. But no one used it! It just sat there looking good and implicitly encouraging us to think of design as objects for lust but not usage? We expressed our desire to sit there on Twitter, and lo and behold, during a subsequent improv karaoke event, members from the audience were invited up to do some improvisational lounging! This is the view from the couch. 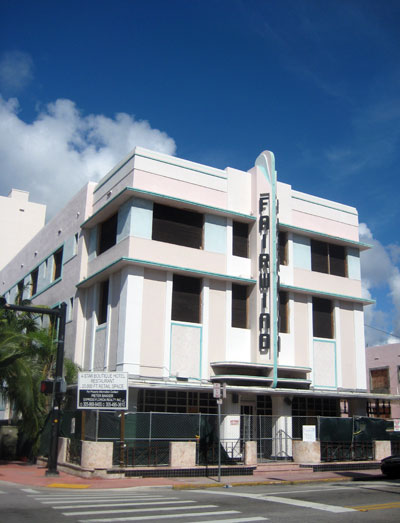 South Beach is home to an immense number of Art Deco hotels in varying stages of decay, transition, or restoration. 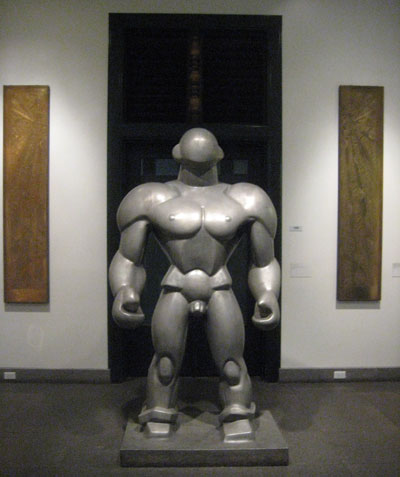 The greeter at the excellent Wolfsonian design musuem. He's a wrestler, not a robot, although we like to think of him as a robot. Because, you know, robots! 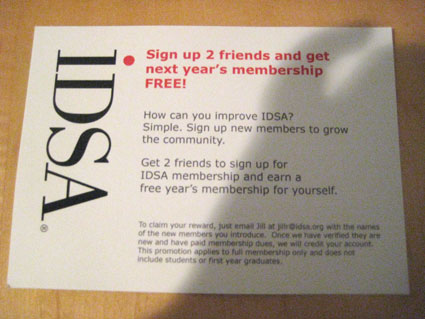 This was an unfortunately accurate artifact of where IDSA's collective head is at right now. Included in the registration bag, this card posed the "How can you improve IDSA?" question (appropriate, given the enormous loyalty they command among a large number of regular attendees) which they answered by saying, in effect, "get more people to give us money." This was an opportunity wasted, there''s a lot more that IDSA could be doing to draw on the passion and interest its target audience has, and pointing towards the balance sheet doesn't send the right message. The tone about IDSA from the podium seemed to be a mix of rueful and enthusiastic; but we wish them the best with moving their mission forward. 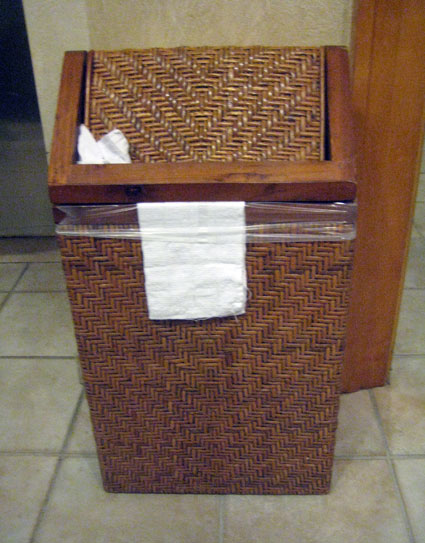 The conference hotel bathrooms (yes, you didn't think you were going to get through this without a bathroom picture, did you?) had paper towels and rolled up cloths. The paper towels went into the usual bathroom garbage bin, while the cloths went into this special rattan bin, cued with a sample of the cloth to indicate "hey, cloths go here!" Of course, the other cues (near the door, swinging top, the fact that you're already throwing something in there, etc.) were stronger; we watched one guy toss his used cloth in the bin, then reach into his mouth, grab something and toss that into the bin as well, all before the top swung back. Eyeew.