Hailing from Austin, Texas, electronic rock band ArcAttack performed daily at the Gizmodo Gallery with their singing tesla coils and robotic drummer. With some modifications to their home-made telsa coils which are explained in the video, not only can they produce lightening, but sound as well--how badass is that! A little dangerous yes, however so far, so good. They've performed over 300 live shows without incident, although they once tackled a cop to save him when the police shut down a rave, and the kid exhibiting next to ArcAttack had his wi-fi card fried the first day the gallery opened.

Like many electronic musicians, they craved the authentic live sound that only comes from a real drum kit. 2 months after one of those parties where you talk at length about such things, their friend turned up with a working robotic drum kit. He'd spent 15 years building animatronics for Disney and was able to make the whole thing out of spare parts in garage. Click through for pics and to watch ArcAttack perform the classic Doctor Who theme. photo: gizmodo 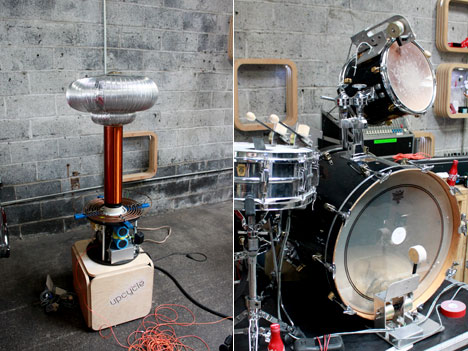 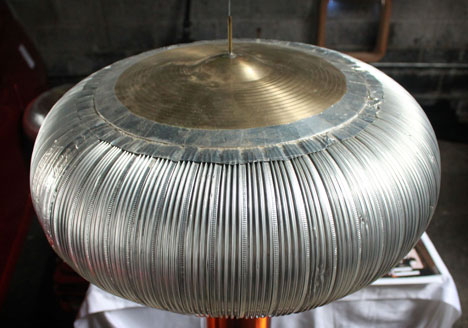 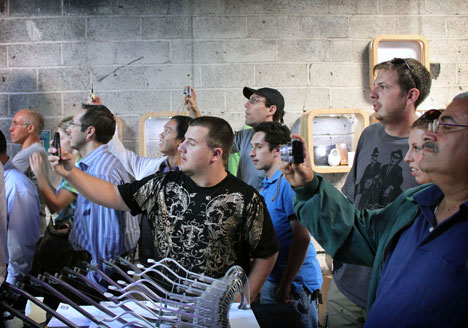