Dell's new machine: Details are thin, the machine is even thinner 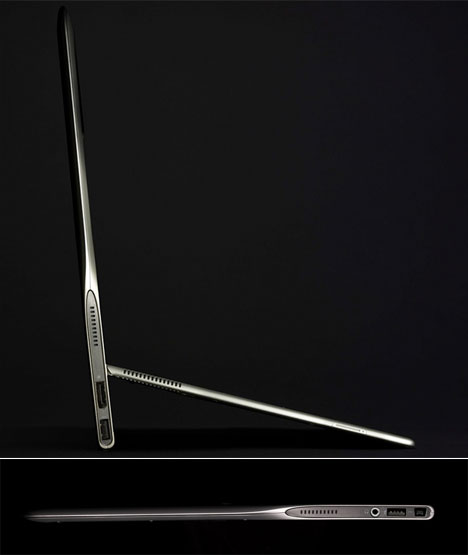 Crikey--these are the shots going around of Dell's new Adamo XPS, a laptop that looks like it was designed to open letters and perform precise incisions in the OR.

When we saw the topmost photo we figured it was simply angled sideways for dramatic purposes, but blogosphere speculation seems to indicate a belief that that's actually how the machine is oriented when open, which seems like it would place an undue amount of stress on the typing half of the machine.

Someday we'll know for sure, but only Dell knows when--they've not announced a release date or even hardware specs about the device. Here's to hoping those aren't photos of an empty piece of metal, shot next door to a studio full of nervous, sweating engineers.

Dell's new machine: Details are thin, the machine is even thinner