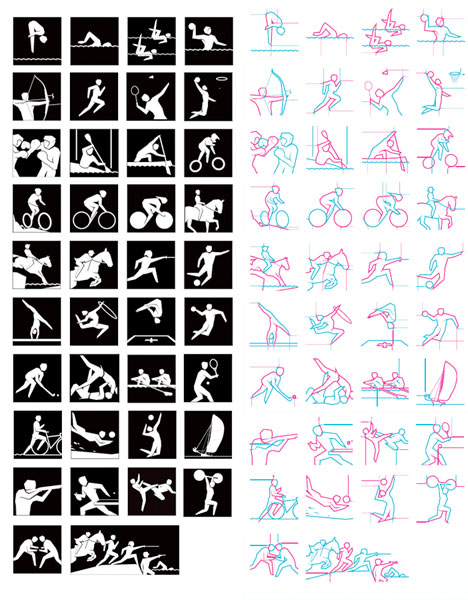 The pictograms of the London 2012 Summer Olympic Games have been unveiled.

As seen above, each pictogram comes in two versions: silhouetted and 'dynamic.' The black and white silhouetted versions will be used for legibility and navigation while the 'dynamic' pictograms, "inspired by the London Underground map," will be used for marketing and informational materials, like so: 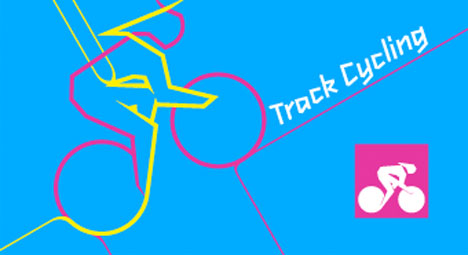 Like the Creative Review, we wonder about the tameness of the silhouetted, black and white version but also have our reservations about the need for a secondary "dynamic" one . Overall though, not bad, especially considering the disaster following the logo unveiling in 2007.

Still, we just can't keep ourselves from referencing the originals by Otl Aicher for Munich 1972, one of the first and still the best: 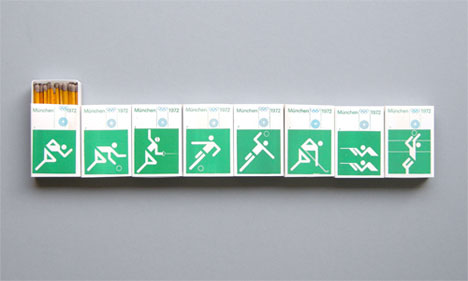 Read more about the 2012 pictogram design on their blog.