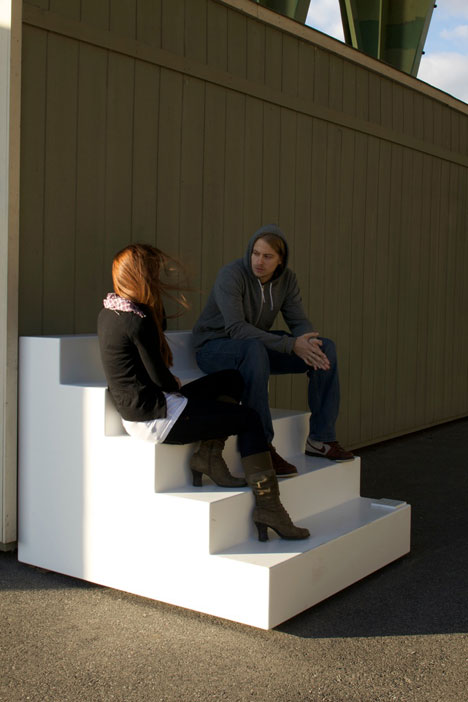 Core-fave Josh Owen (see here) has just unveiled his Stoop Bench, a seating system designed to work exactly like a stoop, which has been an integral part of American vernacular architecture since colonial times. This "fundamental social meeting space" is especially important to neighborhoods in Philadelphia, where Owen's studio is based.

The bench seeks to encourage stoop-inspired social behavior in other contexts, freeing this liminal, transitional space from existing only at building entryways on the urban grid. The stoops could then be distributed throughout the city, creating social perches in parks, homes, or districts without stoops, where small groups could gather and talk.

The product is made entirely from Corian, the solid surface material manufactured by DuPont, who (alongside C. H. Briggs) commissioned the project for the Corian Bench Inventions exhibition at Design Philadelphia this year.