Package design developed for space travel is neat, if a little less exciting than you thought it'd be 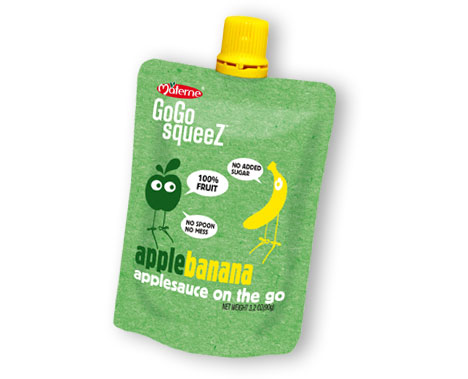 In its 51 years of operation NASA has burned through tons of rocket fuel and taxpayer money, indirectly providing us with technological developments both ubiquitous (GPS) and not-so (the "Space Pen").

One area where I didn't expect to see trickle-down space-based technology was in package design. But a company called GoGo squeeZ is actually using packaging originally designed for astronauts to deliver "no-mess applesauce." The squeezepack's re-sealable cap doubles as a built-in straw, and while squeezing smashed apples into your mouth might seem somewhat undignified, it's a damn sight better than writing upside down and underwater with a little silver pen.

Package design developed for space travel is neat, if a little less exciting than you thought it'd be