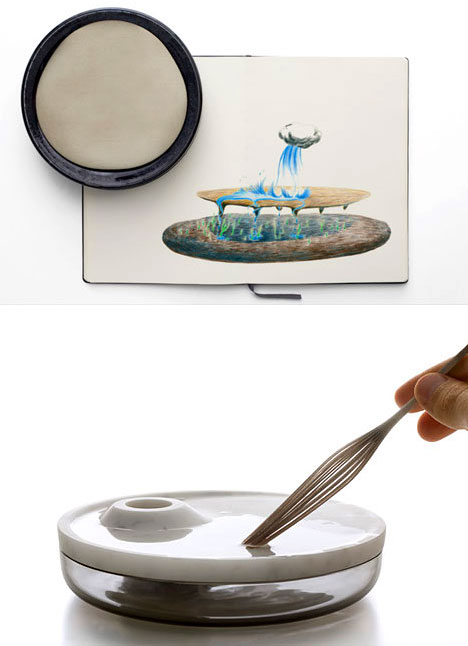 Agromaterials, made from agricultural waste, are biodegradable when exposed to water. Though these kinds of materials have a wide industrial application, designer Gilles Belley has investigated their potential applications in domestic objects like planters, home fragrances and bath aromas. The series is entitled The Organic Factory and "plays with continuities and similarities between artificial and natural to propose a set of objects whose shapes and functions are manufactured from nature."

"Plaine," pictured top, is made in imitation of soil erosion. Water will dig furrows in a pat of organic fertilizer that slowly dissolves to feed the soil and seeds beneath it. Made from sunflower agro-material and tinted glass.

"Rameau," is a fragrance diffuser consisting of a dissolvable whisk made from aromatic plant stems, a marble plate and a candle. As the user whips the heated water with the whisk, the water will evaporate, spreading the fragrance throughout the room.

"Fruit," pictured below, imitates the Cypress fruit, emitting "volatile essences with antiseptic properties" to neutralize unpleasant odors. This object is made purely from soluble, aromatic agromaterials. 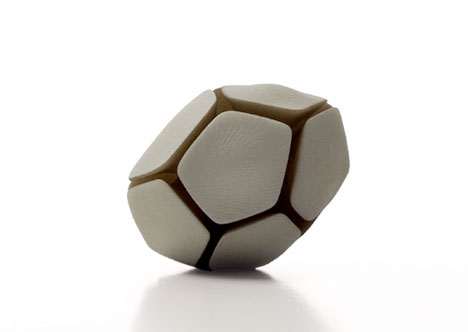 Much more after the jump. 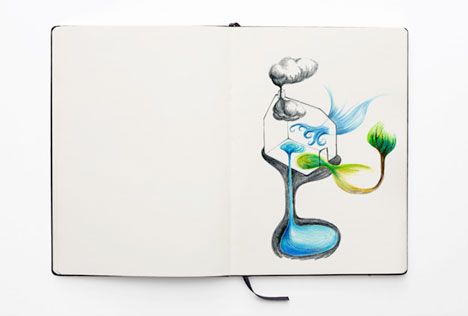 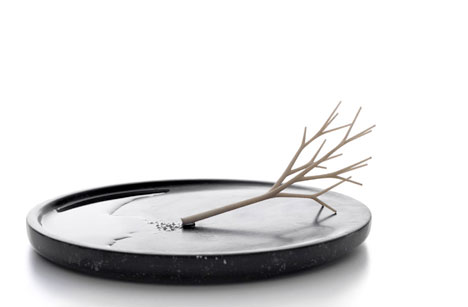 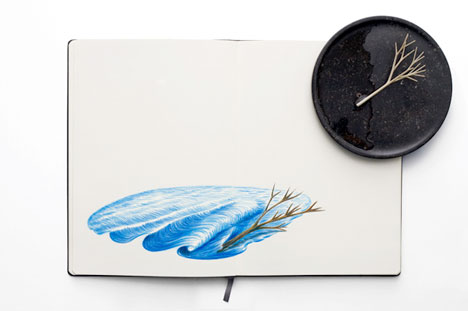 Brindille Small branch that dissolves releasing aromatic molecules, the Twig lands on its plate, in contact with water for a light and continue perfume. It can be cut into pieces whose sizes are proportional to the length of diffusion. Made of aromatic and soluble agromaterials, stone. 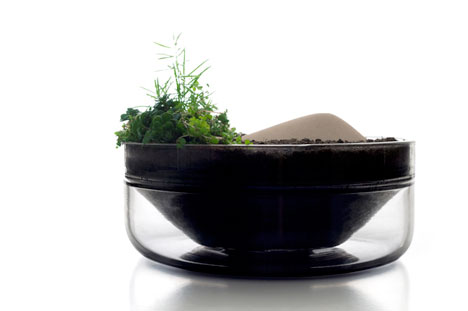 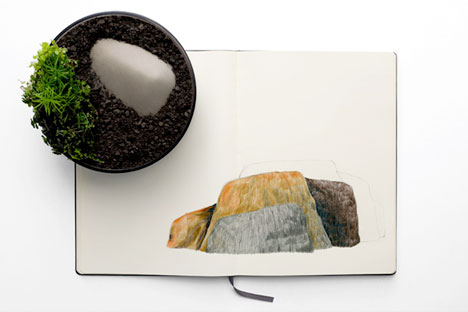 Colline Small geographic form eroding under the action of water, the Hill partially buries in its pot. Its base, finer, contains seed mixed with the agromaterial. After several days of watering, the decomposition of the base releases the seeds and organic nutrients. The Hill itself, much thicker than its base will erode over a period much longer delivering nutrients to the plant throughout its growth. Made of agro-materials (sunflower), tinted glass. 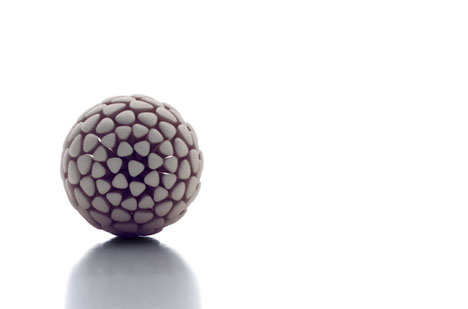 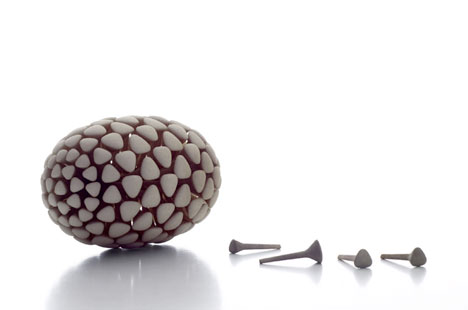 Inflorescence The Inflorescence combines geometry as muscari flowers and aromatic characteristics of the flower buds of clove that contain antibacterial, antiseptic and analgesic oils. Inflorescence is used for bathing.The buttons stand out to be immersed in water bath where, by dissolving, they release perfumed oils with aromatherapy properties. Made of aromatic and soluble agromaterials. 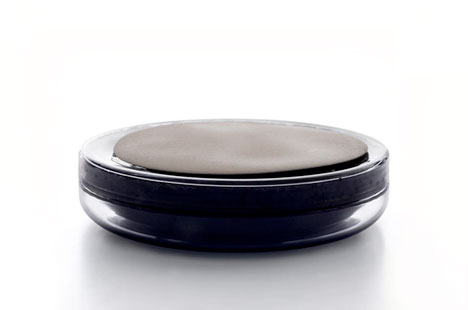 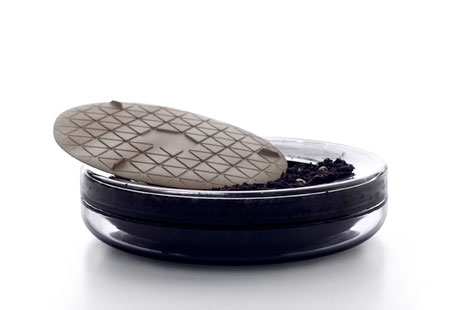 Plaine Once the seeds are planted, the Plain is located on the pot above the earth. When watering, water slides over the plain, loading organic compounds, and flows to its edges where it can seep to moisten the lower strata. By eroding its surface, water will dig furrows in the Plain to finally make it disappear, leaving room for plants fed by the organic compounds. Made of agro-materials (sunflower), tinted glass. 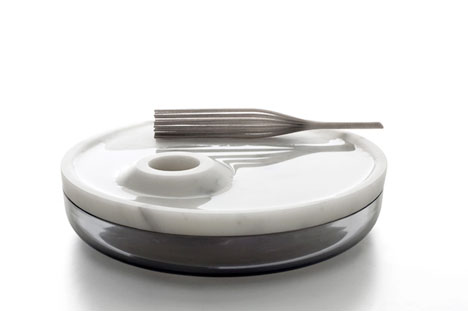 Rameau To be dissolved, the Rameau is used as a whip in the water. Heated by the fragrance, water evaporates disseminating aromas. The Rameau is used for rapid and intense perfume. Made of aromatic and soluble agromaterials, marble, tinted glass, candle. 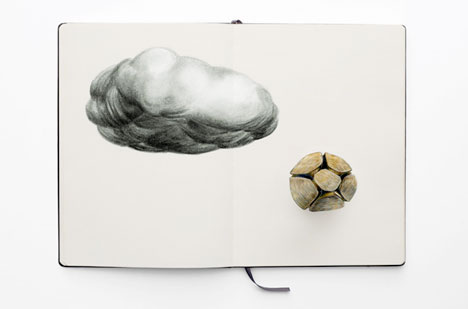 Fruit Inspired by the cypress fruit, whose scales separate in maturity disseminating volatile essences with antiseptic properties, Fruit, once wetted, emits aromatic molecules that neutralize unpleasant odors. Made of aromatic and soluble agromaterials.