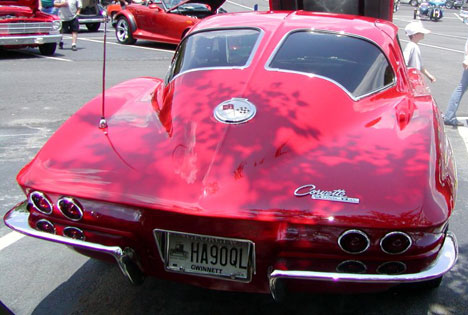 The 1963 Split-Window Coupe is one of the more rare Corvettes you'll have trouble finding and has a design feature that didn't last, primarily because it neatly blocked the sightline of the rearview mirror. In a sense the design was ahead of its time, meaning if it could be combined with today's rearview cameras, rather than mirrors, then the split window wouldn't be a problem.

GM's latest back-to-the-future Corvette concept is toying with bringing back the split window. In the following World of Car Fans video, it's nice to see GM design veep Ed Welburn introducing the car, as the man is clearly in love with the design:

Incidentally, for a look at a cool usage of rearview cameras, check out Popular Mechanics' description of the three they rigged up (two replacing the side mirrors) for their "Eco-Muscle" project, where they attempt to turn a beastly Dodge Challenger into a green machine while maintaining the muscle. 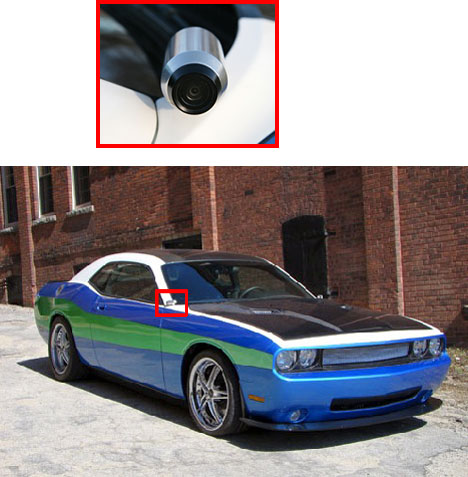 Each little camera is only 1-in. in diameter, but delivers a 120-degree wide angle image. We mounted one in the center of the rear spoiler pointing straight back and one at the leading edge of each side window, angled to give a clear view of traffic. The three cameras all feed to a 7-in. rectangular screen that shows the scene from all three simultaneously....