This Just Inbox: The ABC's of Branding 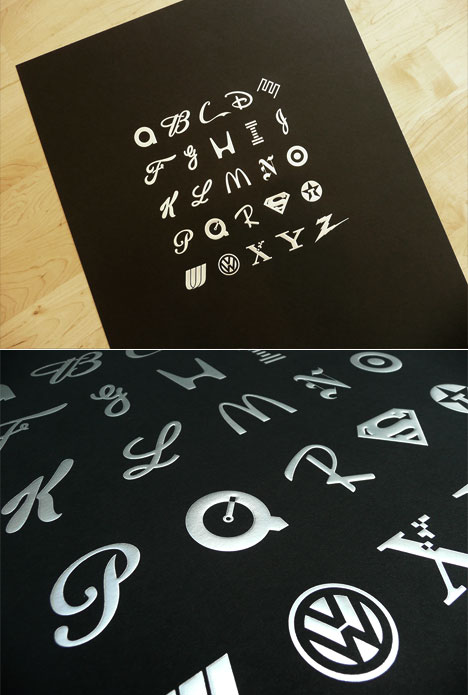 Jason Dean, a designer based in Orlando, just sent us his new poster, "The ABC's of Branding." At first glance, it looks something like a commemorative cover for a quarterly report, but look a little closer...do you recognize the letters? From famous (or as Dean says, maybe infamous) logos?

That's right, it's a portrait of our biggest brands, mashing together giants like Disney, McDonalds, Honda, United, Xerox on one 18"x24" page. We're not totally sure of choice to use embossed foil instead of ink, but then again, that's just part of the joke—gotta have that corporate vibe, right?

Available in silver foil on black or gold foil on cream from The Best Part's newly opened online store.

This Just Inbox: The ABC's of Branding