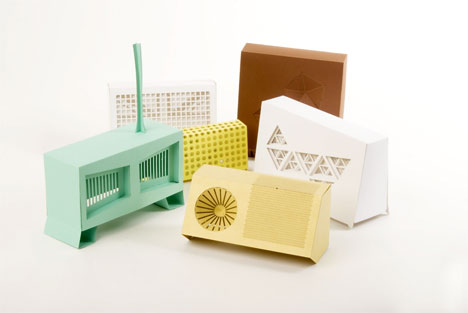 Matt Brown, the brains behind Food and the Future of It, has designed RFID Radios made from paper. These tagged radios serve as a tangible reference to specific internet radio stations and function as a slipcover to a speaker embedded with an RFID-reader, which reads the tag and then tunes itself to the appropriate internet address. Radio stations can design their own paper sleeves, which can be physically distributed and referenced. 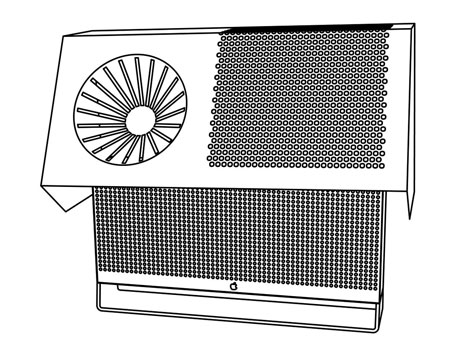 Also in paper are Brown's City Clocks, which show the times of two different cities, connected by some aspect of their cultural characters. Casablanca and Washington D.C. are the white house cities, Detroit and Torino are the motor cities and Kolkata and Cincinnati are the Bengal cities. 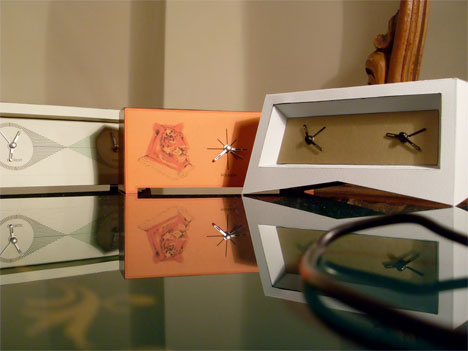 More of Brown's explorations in paper here, and lots more shots after the jump. 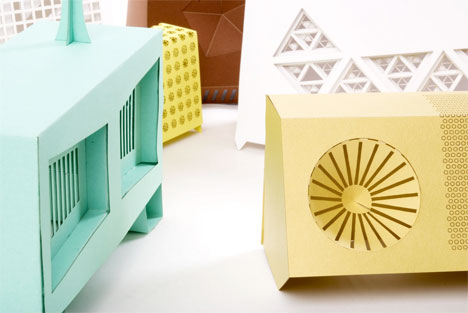 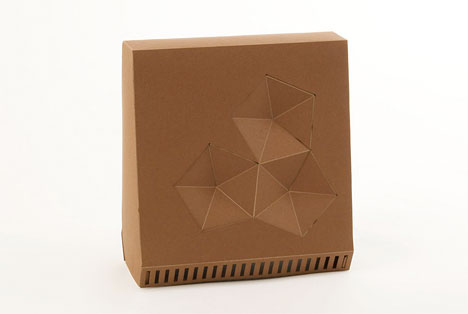 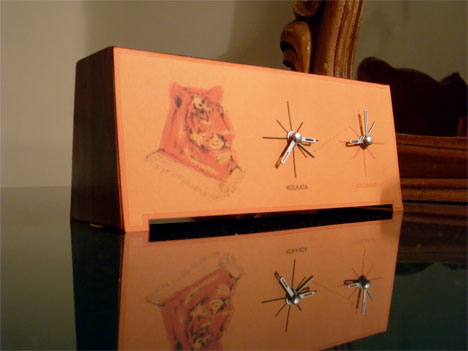 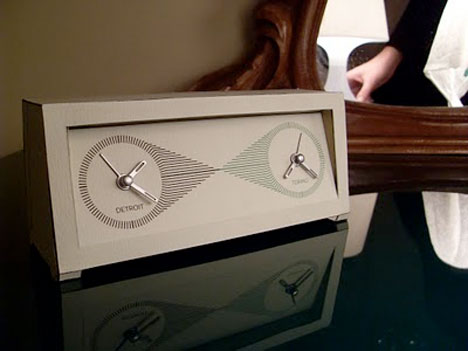 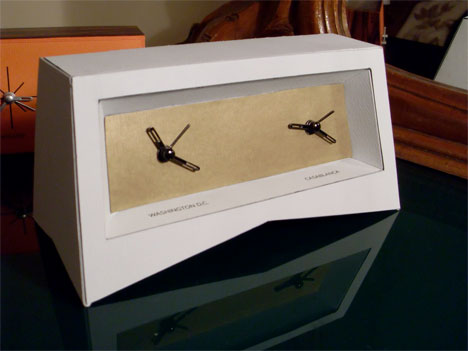