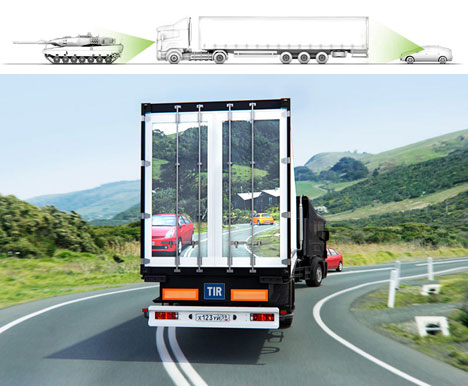 Ever been stuck behind a semi on the highway and missed your exit sign? We're digging Art Lebedev Studio's Transparentius concept, which mates a simple idea with existing technology in a clever way: Cameras mounted on the front of a semi transmit the image to screens on the back of the truck, rendering a sort of virtual transparency.