Japan's bottles made from squids 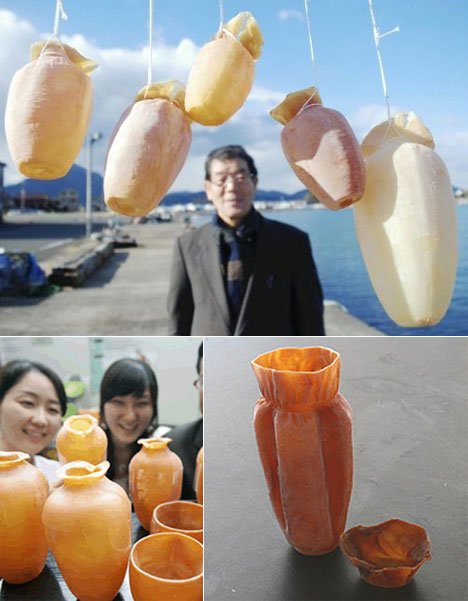 Japan's Ika Tokkuri sake bottles are pretty much as green a bottle as you'll find; they're made entirely from squid skins. Bottle-like shapes can be made by artfully stuffing the squids with rice or grain, and then using another green technology--the sun--to dry them into the desired shape.

As for that fishy, squid taste? It's actually desirable among certain sake drinkers, as it makes the taste "smoother and milder," sort of like aging Scotch in a particular type of wood cask; but unlike the casks, the Ika Tokkuri are edible after use, producing a sort of sake-infused squid jerky that should taste familiar to Japanese bar-goers.

Japan's bottles made from squids