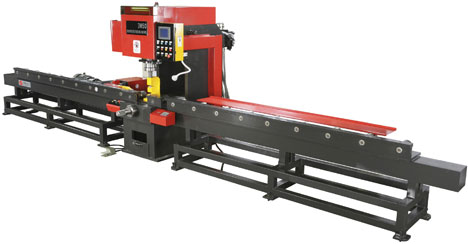 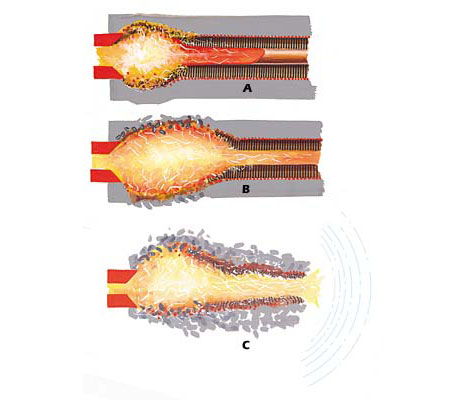 That's the blast from an electromagnetic pulse, or EMP (weaponized).

What does one have to do with the other? Well, if you want to stamp, shape or punch holes in steel to manufacture say, cars or washing machines, you need a big-ass press like the (relatively small) one above--which is expensive, huge, heavy, and eventually wears out. But as The Economist reports, German scientists have recently found a way to stamp steel--all the way through it if you like--using an EMP; and unlike the scary-ass diagram above, it can be done in such a controlled and refined way that it can be used for manufacturing.

The project is backed by Volkswagen and is being conducted by researchers at the Fraunhofer Institute for Machine Tools and Forming Technology in Chemnitz, Germany, and science geeks interested in the details should click here.

As for the manufacturing applications, using EMP's is better than traditional stamping because it doesn't leave burrs (think of metal splinters around the edge, that then need to be cleaned off in a second process) and it's quicker than ever laser-cutting:

...Says [head researcher Dr. Verena] Krausel, her machine can punch a hole clean through a sheet of steel in a fifth of second--compared with the 1.4 seconds needed by a laser.

Scaled up for mass production, that means an EMP facility could do about seven days' worth of laser cutting in a single day.