The passing of Bob Noorda, designer who pushed Modernism 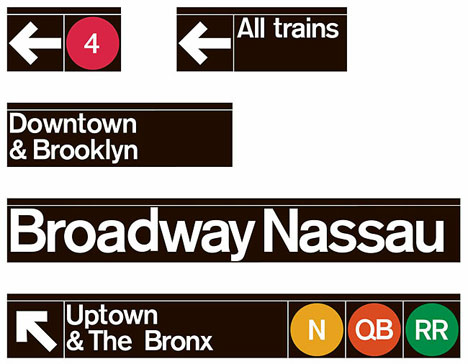 Last month we wrote about a company making NYC subway signs to order; this month, sadly, Bob Noorda--the designer responsible for the original signs--has passed away.

The New York Times has a piece up on Noorda, detailing not only his Helvetica contribution to NYC's iconic signs, but his larger contribution to the popularization of Modernism:

Mr. Noorda had helped found Unimark in 1965, teaming up with a group of American and European designers, including Mr. Vignelli, who initially set up shop in Chicago and Milan.

Theirs was among the first international design firms to base their work on the Modernist principle that a good design could have a positive effect on all aspects of life, not just on business. An early proponent of unified branding -- the consistent use of distinctive type and imagery to identify a company -- Unimark has been credited with awakening the corporate world to Modernist design thinking.