Although the comedian Ricky Gervais is now fabulously wealthy, in one of his sets he recalls how, as a poor unknown, he and his girlfriend shared a London flat so small that he could open the refrigerator whilst still in bed. In Tokyo I saw similarly tiny apartments, where you would open the front door and hit the bed; and New York's East Village spawns, among other trends, some of the tiniest rabbit-hutch apartments you'll ever see.

One place I don't think of as having this problem is Canada, but according to an article in CTV News, "A study released Monday named Vancouver as the most unaffordable housing market in the world when median housing sale values are compared to median household incomes." In a problem spreading across the globe, the population is outstripping the available space.

The city is thus experimenting with the construction of micro-lofts, tiny all-in-one living units of only 270 square feet. 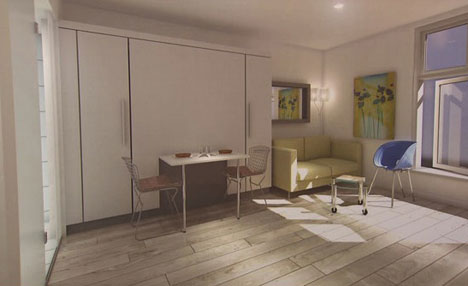 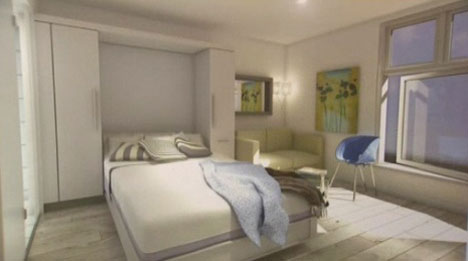 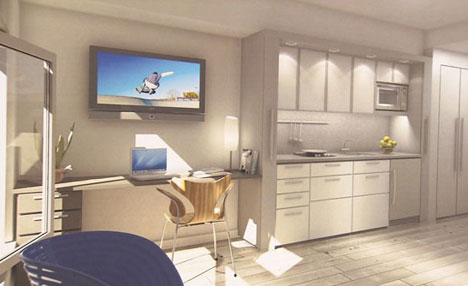 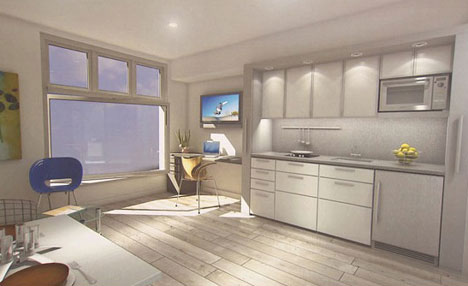 Design tricks are intended to be the factor that will make them livable: Murphy beds, wall-mounted flatscreens, galley kitchens. The CAD $650-a-month units are "about $300 less than the average cost of a bachelor suite in downtown Vancouver" and should be ready in roughly a year.