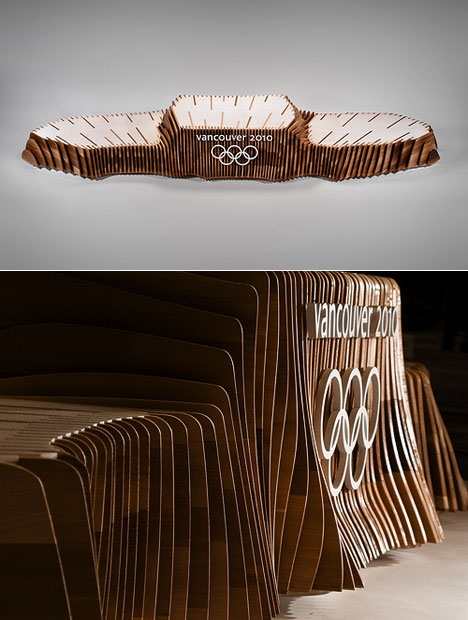 The Victory Ceremony podiums and medal trays for the fast-approaching Vancouver Winter Olympics have just been unveiled, and they are stunning—what you see above are not renderings.

Designed by James Lee, industrial designer and Coroflot member, with Leo Obstbaum, the late design director of the Vancouver 2010 Olympic Games, the podiums "echo the undulating peaks and ridges of the Coast Mountain Range." Each podium (there are 23 in all) is assembled from more than 200 pieces of precision-cut wood. The lumber was harvested from the forests of British Columbia, famous for its red cedars and douglas firs, and donated by businesses, organizations and individuals across the region. Finally, each podium is topped with a thick acrylic surface reminiscent of snow. 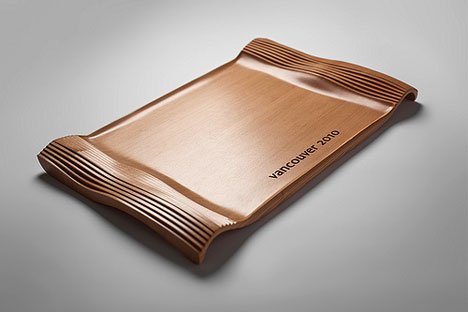 Lee and Obstbaum also designed the trays on which the awards will be presented, sculpted rom the same wood, and coated with a special non-slip surface to grip the uniquely undulating surface of the medals.

Many more beautiful shots after the jump, and don't miss Lee's full book on Coroflot! 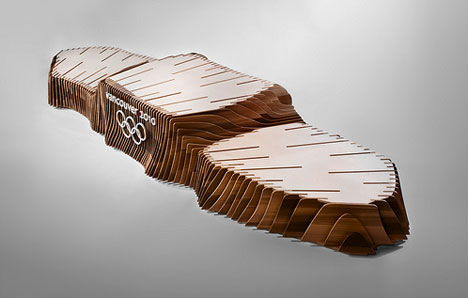 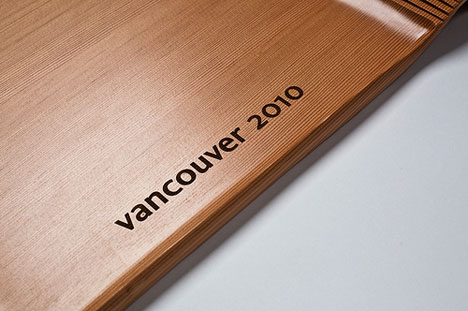 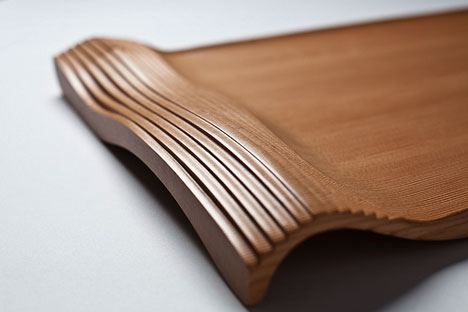 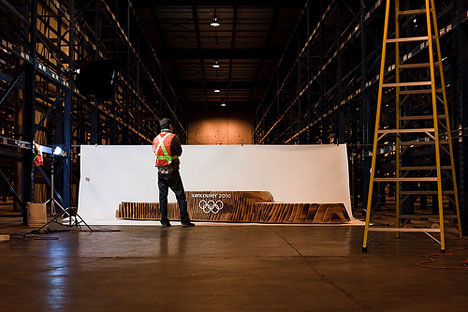 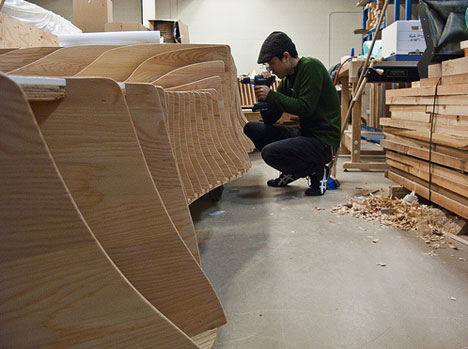