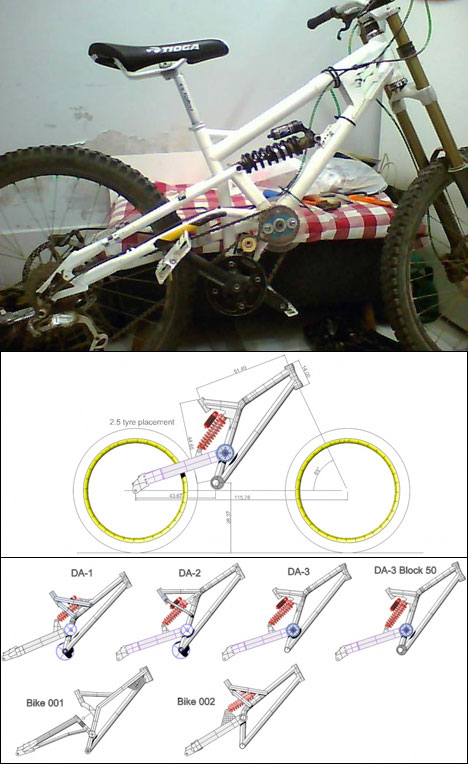 Copious documentation accompanies ID student Maximilian-Peter Von Speyer's ID thesis project, his personal mission to "design and develop the best downhill frame ever made in Chile, by combining various rider's experiences with my own into sophisticated technologies software adopted from the aerospace industry." Called the Norland Cycles Project, Von Speyer draws upon both his love of bicycles and fascination with military airplanes in hopes of perfecting his design.

Luckily for Von Speyer, a Berlin-based German downhill bicycling club saw his work and has offered to build multiple prototypes for him for free, for simultaneous testing in both Germany and (Chilean-German) Von Speyer's home base of Chile.

The final design is still some time away, but you can see tons of his ideational CAD work here.