A blow to BPA 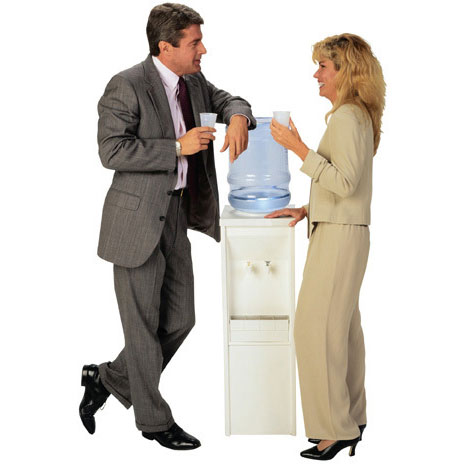 "These bottles are killing us!"

We all know bottles made with BPA are bad for you; BPA leaches out into whatever fluids the bottle is holding. Unfortunately as designers, there's only so much we can do--we can spec out that a new design oughtn't be made with BPA, but until the manufacturers can accommodate that, it's nothing more than a lonely little call-out on a rendering.

As an article in Plastics News points out, one of the literally biggest BPA-containing bottles that many of us are regularly exposed to are the five-gallon water-cooler bottles, which, due to their weight, need the rigidity of BPA-containing polycarbonate to withstand the rigors of transport and pallet-stacking. But two companies, Ohio packaging manufacturer Greif Inc. and Italian blow-molding machinery maker Siapi, now have the capability to change that. Greif has developed a BPA-free copolyester bottle in the 5-gallon size, and Siapi has new machines that can blow them.

Making big changes like these are expensive, so it's not surprising that other companies have been slow to change over. But here's an encouraging fact:

...Joel Tickner, a professor at the University of Massachusetts at Lowell and project director of the Lowell Center for Sustainable Production, said BPA is very much a factor in the decisions bottle manufacturers are making in order to stay in business. "If there is a material that could be problematic and is leaching out of water bottles, do you wait?" he asked.

The center's green chemistry and commerce council in December released a report on best practices in product chemicals management in the retail industry. In it, researchers found that retailers that pay attention to consumer fears, media reports and government regulatory pressures are likely to fare well in an era of enhanced public concern over chemical additives on consumer products.

Siapi will be displaying their new machines at the 26th Nova-Pack PET Containers expo, which opens today in Florida.

A blow to BPA