#Sick of @Sharing Yet? 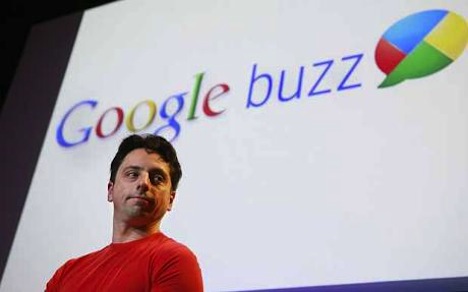 With Google's release of Buzz yesterday, its latest Gmail experiment, I find myself feeling like we have entered a state of total social networking saturation on the internet, one that actually inhibits the ability for us to connect and share with friends.

Google Buzz is a Gmail app that resembles an RSS feed of status updates for a browser or mobile device. It feels like Facebook's status updates embedded into your email with "likes," the ability to respond directly to a posting, and private/public messaging. The main selling point on Google's end, based on their keynote live coverage here, is the utilization of your Gmail contacts to share and communicate, essentially creating a list of followers you already know. Also available, the first version Buzz will be able to post updates from Twitter but will not post to Twitter, another interesting cross platform integration.What doesn't click for me with Buzz is the idea that Google believes I would actually want to share anything with my Gmail contacts. If Facebook's purpose is to connect with real friends and Twitter to connect with random people, organizations, and celebrities, then I have always looked at Gmail as a place to have more serious correspondence. Looking at list of who I am "following" on Buzz, I am finding it hard to think I would really care to share information with any of them at all.

The other piece of Google Buzz that feels redundant and odd, is its interaction (or lack of) with Google Wave and Google Latitude. For those not familiar, Google Wave (released this past fall as a preview) was billed as Google's future collaboration and sharing interface that combined all Google Apps into an innovative mail-like platform. Though it was always my suspicion that Wave was eventually going to be melded into Gmail (and Buzz perhaps a stepping stone), I did not see it first implemented as s stale Facebook-like update tab.

What I fear we are approaching is a point where while we are all trying to "share" and "be together" on the web we are instead posting the same status to the same twenty-five people multiple times by linking our Buzz, Facebook, Twitter, and Tumblr (the list could go on) accounts together, essentially creating the equivalent of internet garbage. In an industry that's been built on the creation of innovative interactions and experiences, lately all of these companies have felt the need to replicate each others services almost exactly. Why can't they instead focus on the refinement of what makes each of them unique and successful and increase market share and profit through true product innovation?

#Sick of @Sharing Yet?