The Screwpop: Great for sidewalk hardware pickers like me 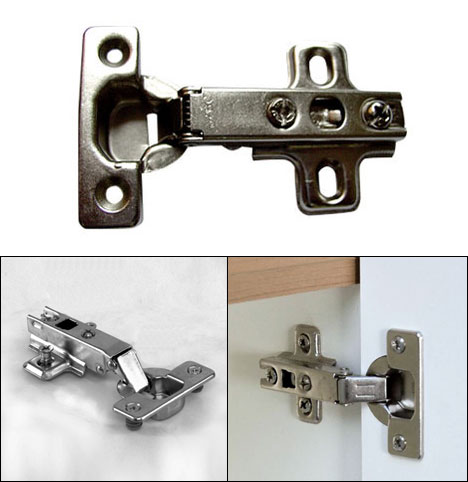 That's your standard European cabinet hinge, which is in widespread usage throughout the world. It's a great little piece of hardware, easy to install and adjustable so you can get that door to hang and open/close just right. They cost an absurd $13 each at Home Depot, but you can get them at your local hardware store for a few bucks.

I, however, get them at the bargain price of $0, from a different source: The streets of Manhattan. People here throw out cabinetry all the time, particularly Ikea stuff, with the hinges intact. (Ikea uses Hettich hinges, good-quality German-made stuff.) Every time I pass an abandoned cabinet on the sidewalk I note the location, and I'm back there 30 minutes later with my screw gun, shamelessly stripping it of hinges like some kind of homeless carpenter. Most of them open 110 degrees, but you've really hit the jackpot when you find the bulky ones that open 165 degrees, because they're "zero protrusion," meaning you can install them on cabinets with a pull-out drawer or shelf on slides and they won't bump into the door edge.

In any case, there have been plenty of times when I've returned to a discarded cabinetry site too late; I round the corner and get that sinking feeling when I see the cabinet with the doors already off, empty gaping cup holes where the hinges used to be.

It's for that reason I wish I had one of these Screwpop tools. It's just a simple keychain/bottle opener, but it's also got a reversible Phillips/Flathead screwdriver, and even a 1/4" hex driver. 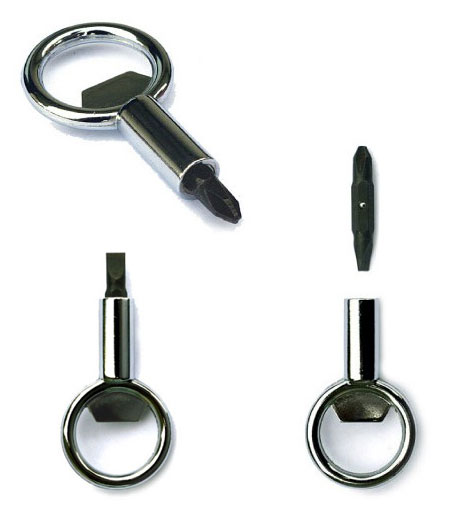 Would I really take the time to manually unscrew a cabinet hinge on the sidewalk? Heck yeah, particularly for one of those 165-degree jammies. I've currently got around $60 worth of free hinges (see below) and I've already incorporated $20 worth into projects. I'm not Donald Trump's son and I ain't proud; so if it's free, it's me.

The Screwpop: Great for sidewalk hardware pickers like me