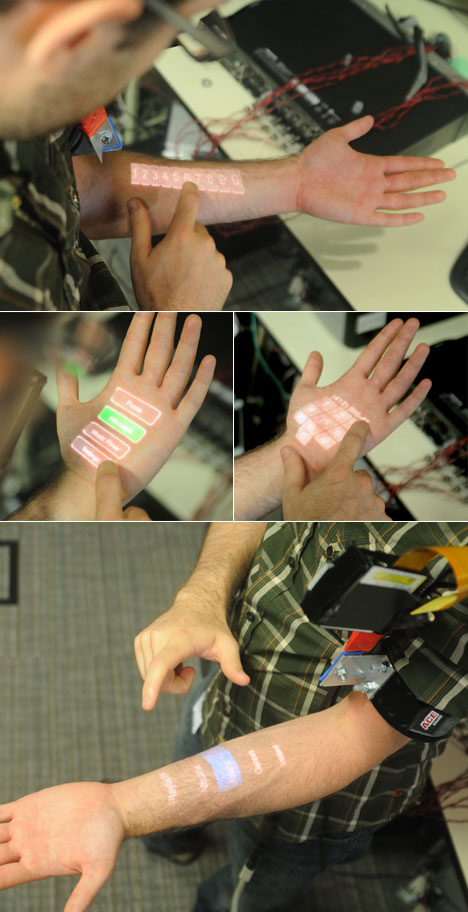 Chris Harrison's "Skinput: Appropriating the Body as an Input Surface" is one of the coolest, most amazing and innovative interface concepts we've ever seen, skillfully combining art, design and science.

Harrison's concept--which works, by the way--uses the body as a sort of echo chamber. Which is to say, when the user taps a particular part of their body, a sensor worn around the upper arm can tell if the tap-point was at a particular spot on the forearm or on one of the individual fingertips, by assessing the vibrations sent throughout the body by the tap.

Paired with an on-body projector, this means our already-shrinking personal devices can get even smaller, as we'll use the body as an input device:

Harrison is a researcher at Carnegie Mellon University and worked on the project in conjunction with Desney Tan and Dan Morris at Microsoft Research. "Skinput" is schedule to be presented at the 28th Annual SIGCHI Conference on Human Factors in Computing Systems at Atlanta, Georgia, from April 10 - 15, 2010.