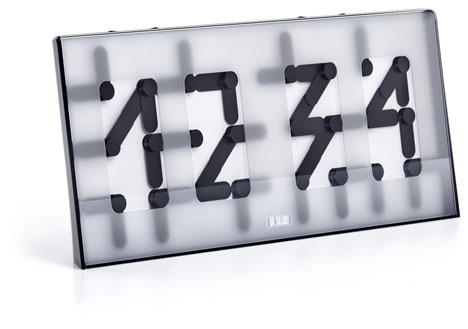 If there's one design studio that continually astounds us, it's Art Lebedev Studio, the firm that always seems to be able to put a different and compelling spin on the mundane.

ALS has done it again with their Segmentus clock, which puts old-school analog clock hands into the slightly-less-old-school segmented digital clock format:

Not just the work of a lone designer, Segmentus was worked on by no less than ten individuals, which ALS refers to as a "cast." Hit the jump for the "credits."Segmentus cast: